Undated notebook containing anthropometric measurements and notes on the linguistics and ethnology of the Potawatomi and Ojibwa, collected by Truman Michelson in Wisconsin. According to Explorations and Field Work, Smithsonian Institution (Pub. 2711), Michelson traveled to Wisconsin to conduct research on the Potawatomi near Arpin and the Ojibwa near Reserve in August of 1922. Since the first page indicates that the Potawatomi notes were collected in Arpin, and a few of the Ojibwa notes are dated August, these notes were presumably gathered during this period. 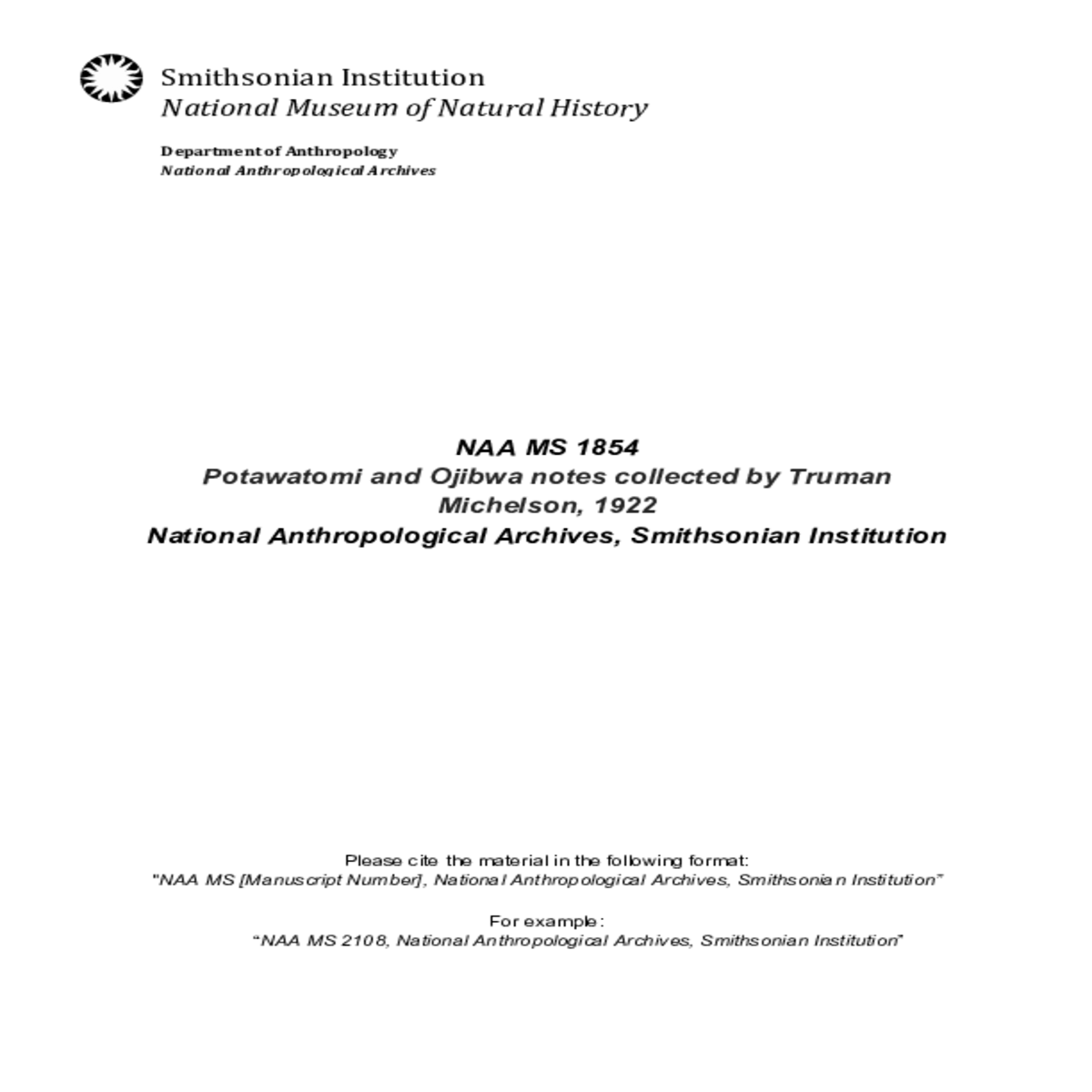