The core of the Rufus Corporation’s “expedition to unravel utopian promise” would become this digital cinema installation whiteonwhite:algorithmicnoic. It is an experimental film composed from two screens: one reflecting the “movie” and one depicting the computer program behind the movie. In making the film, the collective traveled between Moscow and the Caspian Sea, compiling a cinematic record of the landscape, environment, and architecture while filming in local cafes, apartment blocks, and industrial plants. An audio/visual library comprised of 3,000 film clips, 80 voice-overs, and 150 pieces of music forms the basis of an improvised film noir.

A non-linear narrative unfolds through the observations and surveillance of the central protagonist, Holz, who finds himself living in a dystopian futuropolis. Further provoking cinematic form, the film’s presentation is edited in real time by a custom-programmed computer that Sussman has labeled the “serendipity machine.” The artwork is driven by key words that appear on the secondary screen and delivers a changing narrative that runs indefinitely, never playing the same sequence twice. The unexpected juxtapositions of voice, image, and sound create a sense of unyielding suspense that continuously divorces the protagonist from the full course of his own narrative. 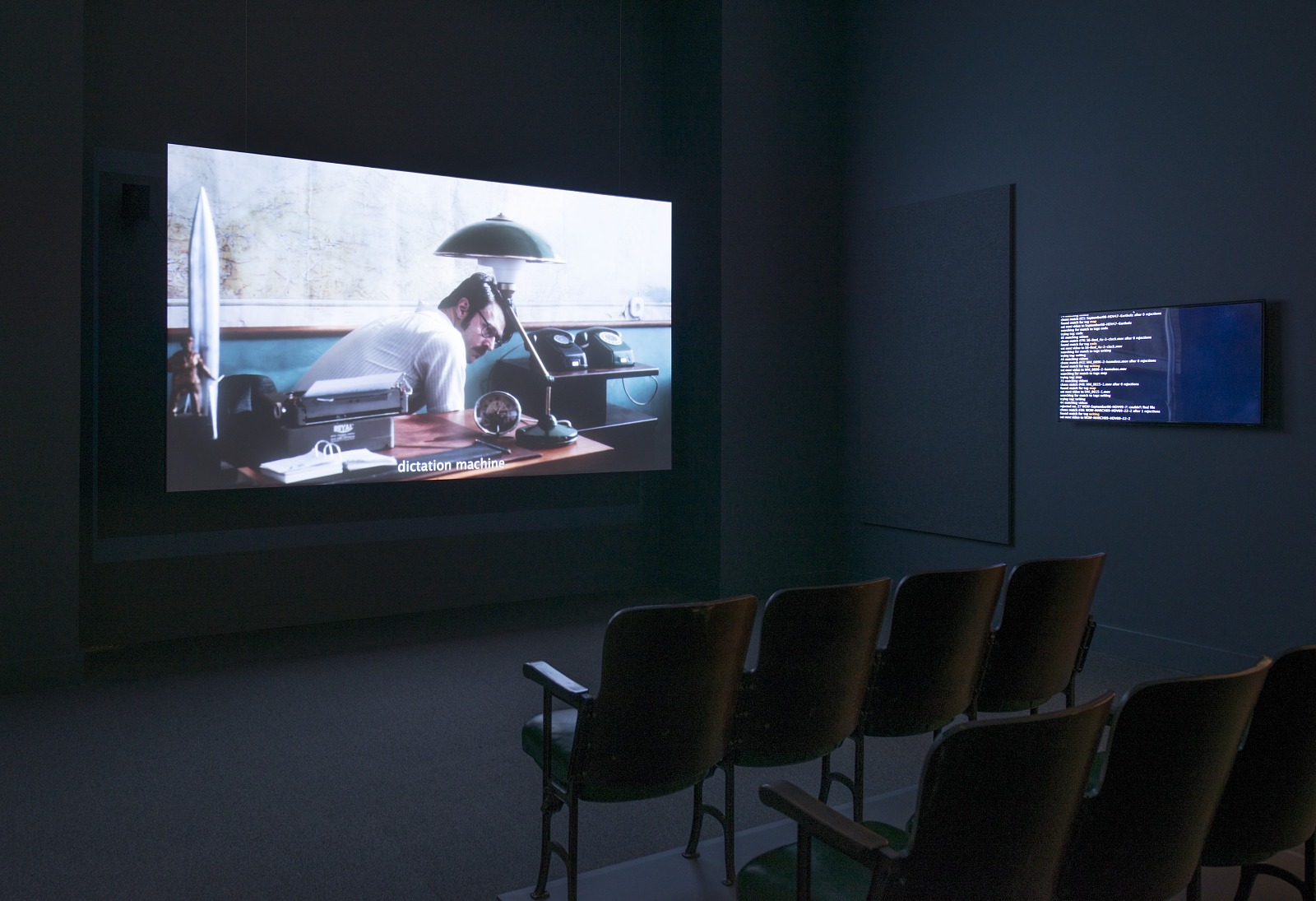