This is the 10th issue of BLK magazine published September 1989. On the front cover, there is an image of Keith C. St. John. St. John wears a jacket, button-up shirt, necktie and a pair of glasses. At top left, [BLK] is printed in large, bold, white uppercase letters within a red rectangular textbox with [Number 10] along the bottom. The letters are partially obscured by the image of St. John. There are 30 pages in total, with articles, advertisements, classifieds, black and white photographs, and cartoon illustrations throughout.

Under the heading [Word Up] there are four short articles: [Enlightened Self Interest / The Eddie Doth Protest / Dis This Jam] and the fourth reads [Florida Black Man Lives 30 Years as Woman, Fools 2 Husbands and Adopted Son]. This is followed by the calendar section [BLK BOARD] and letters to the editor [BLK MAIL].

The cover story, which begins on page 6 and ends on page 7, is entitled [Working Inside / Openly gay black attorney runs for city post in Albany, New York]. Two quotes from the interview are printed in a larger font. The first reads [Being black and gay ‘gives me another tool to illustrate injustices.”] and the second [“I don’t let those things that I don’t think are relevant get in my way.”]

The back cover is a full page advertisement for [THE NEW CAPER LOUNGE] in Inglewood, California. 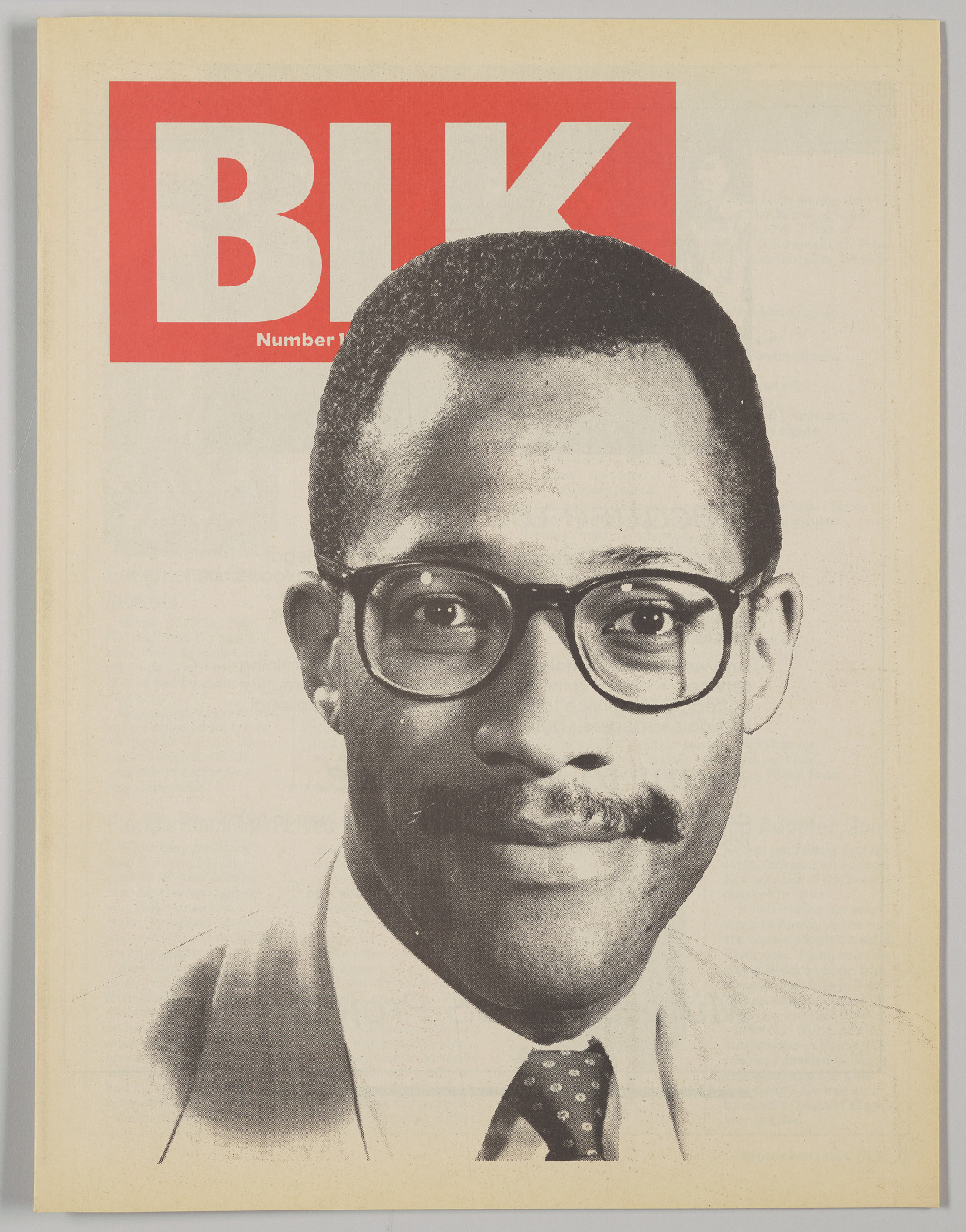 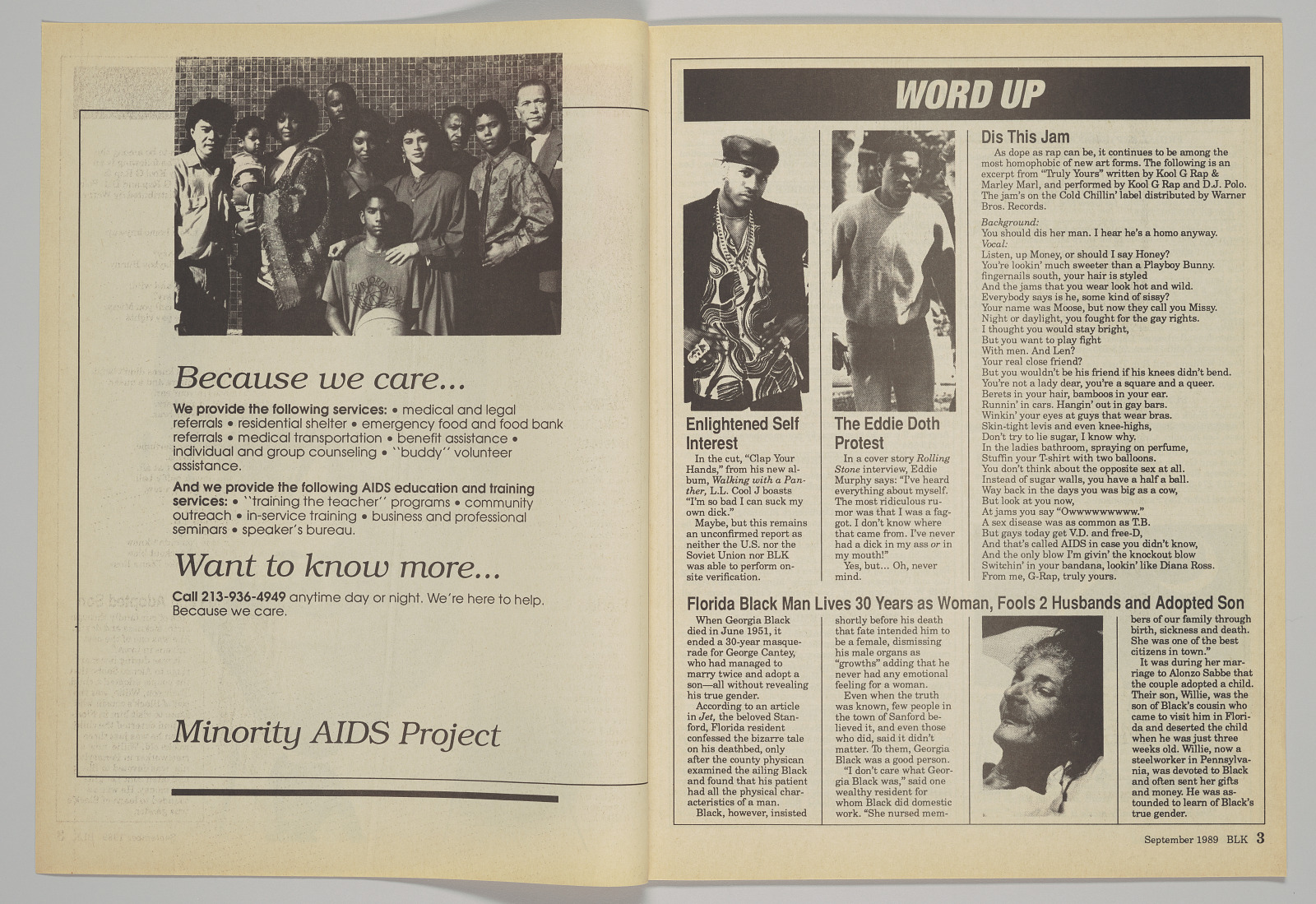 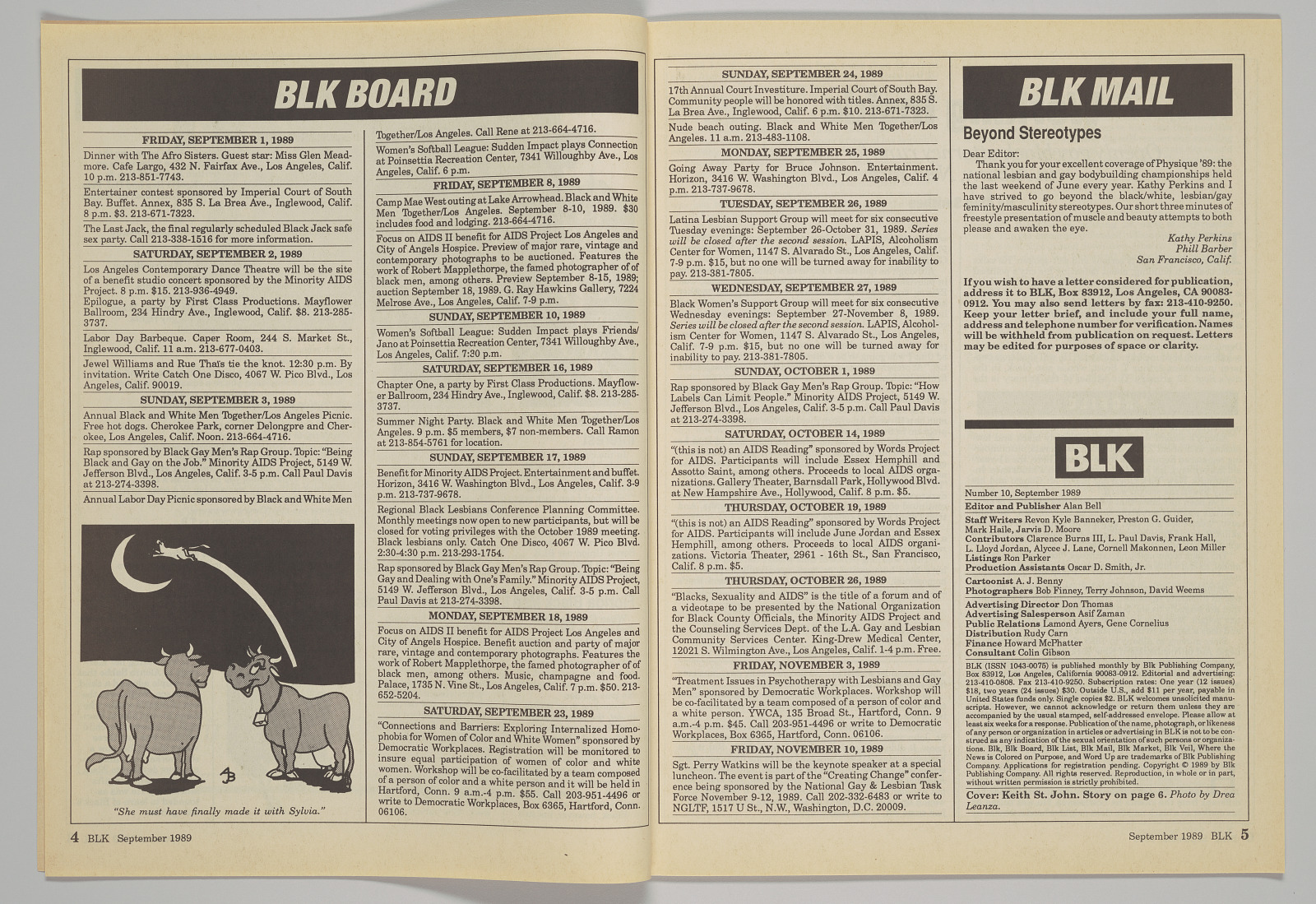 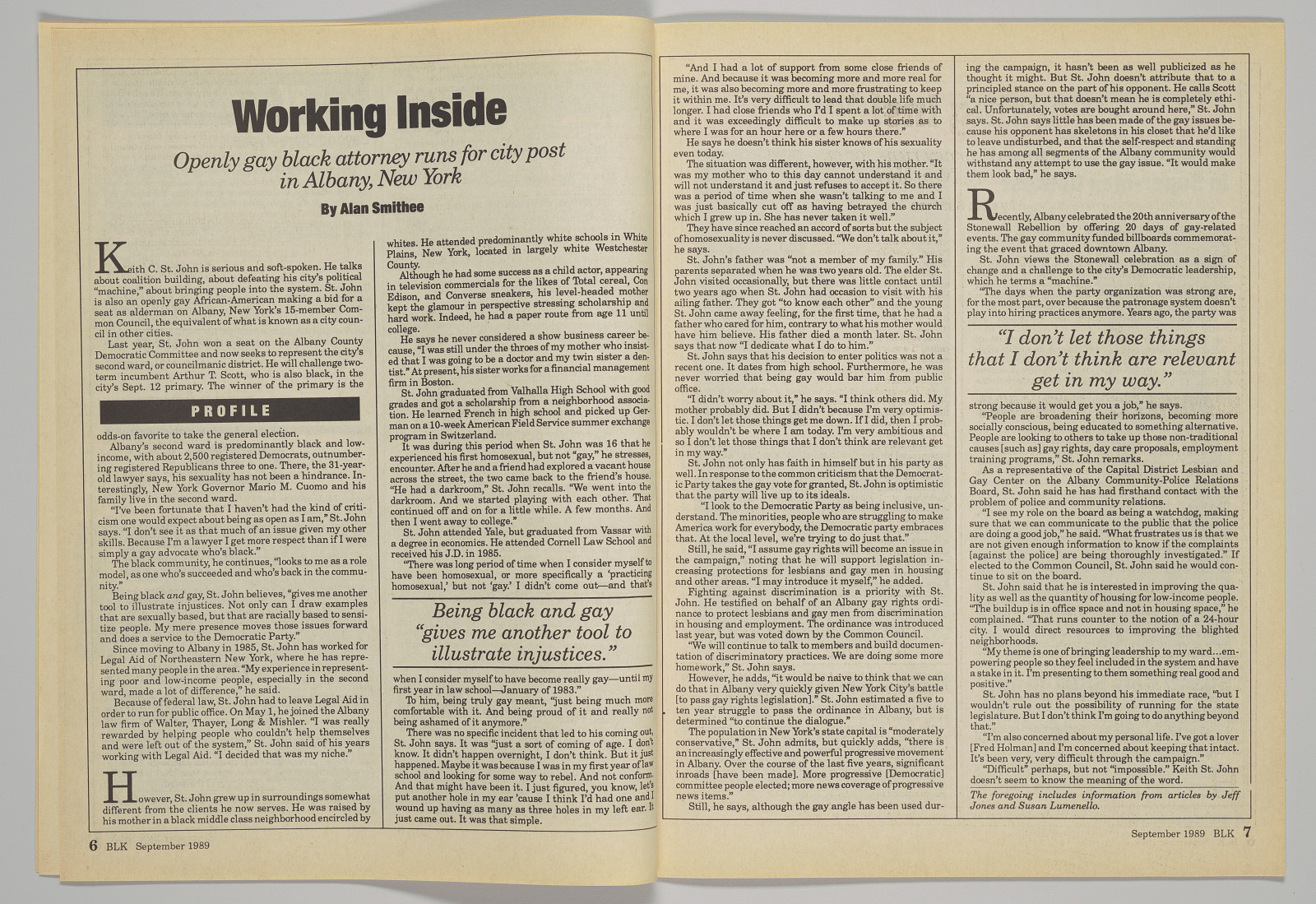 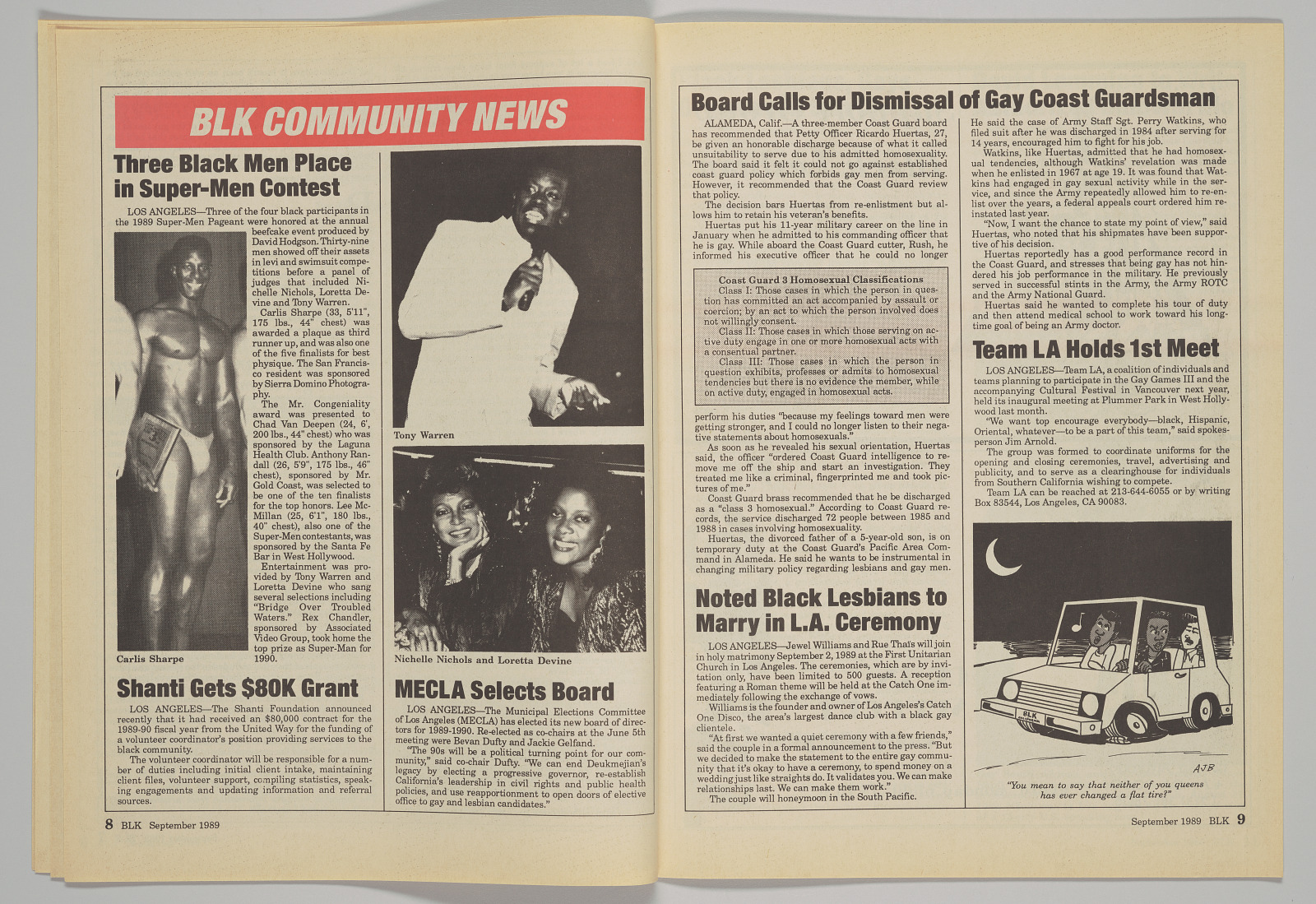 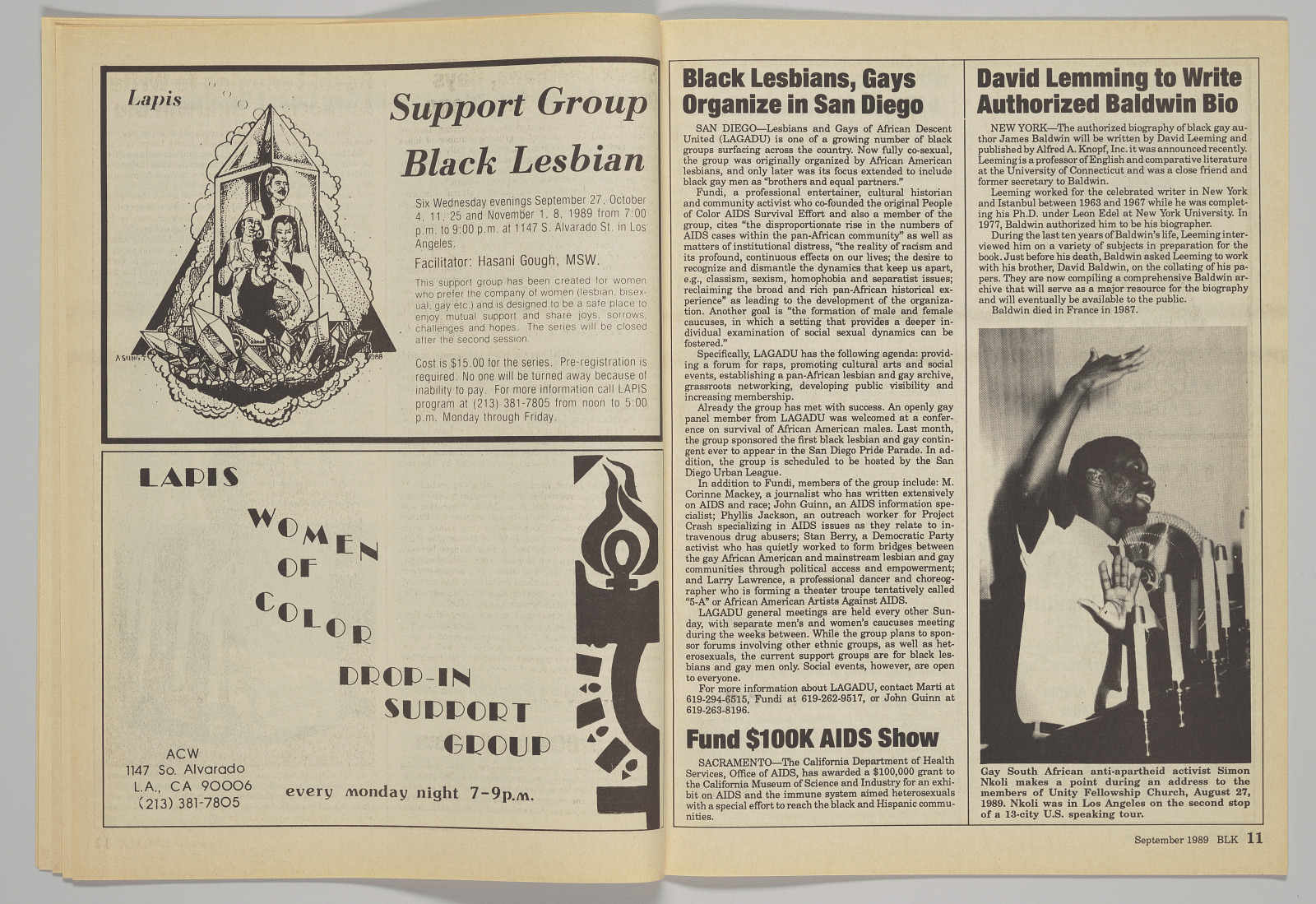 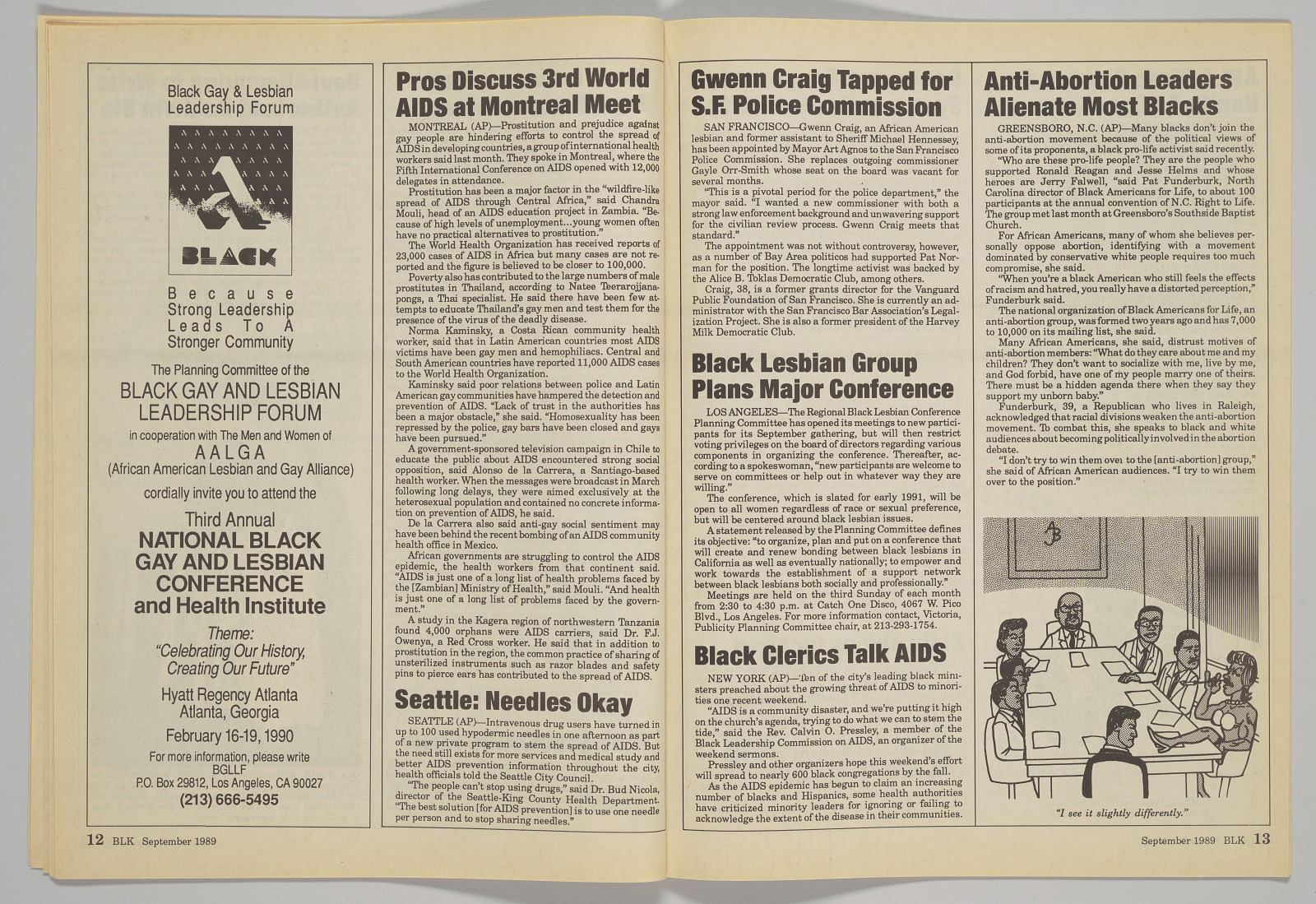 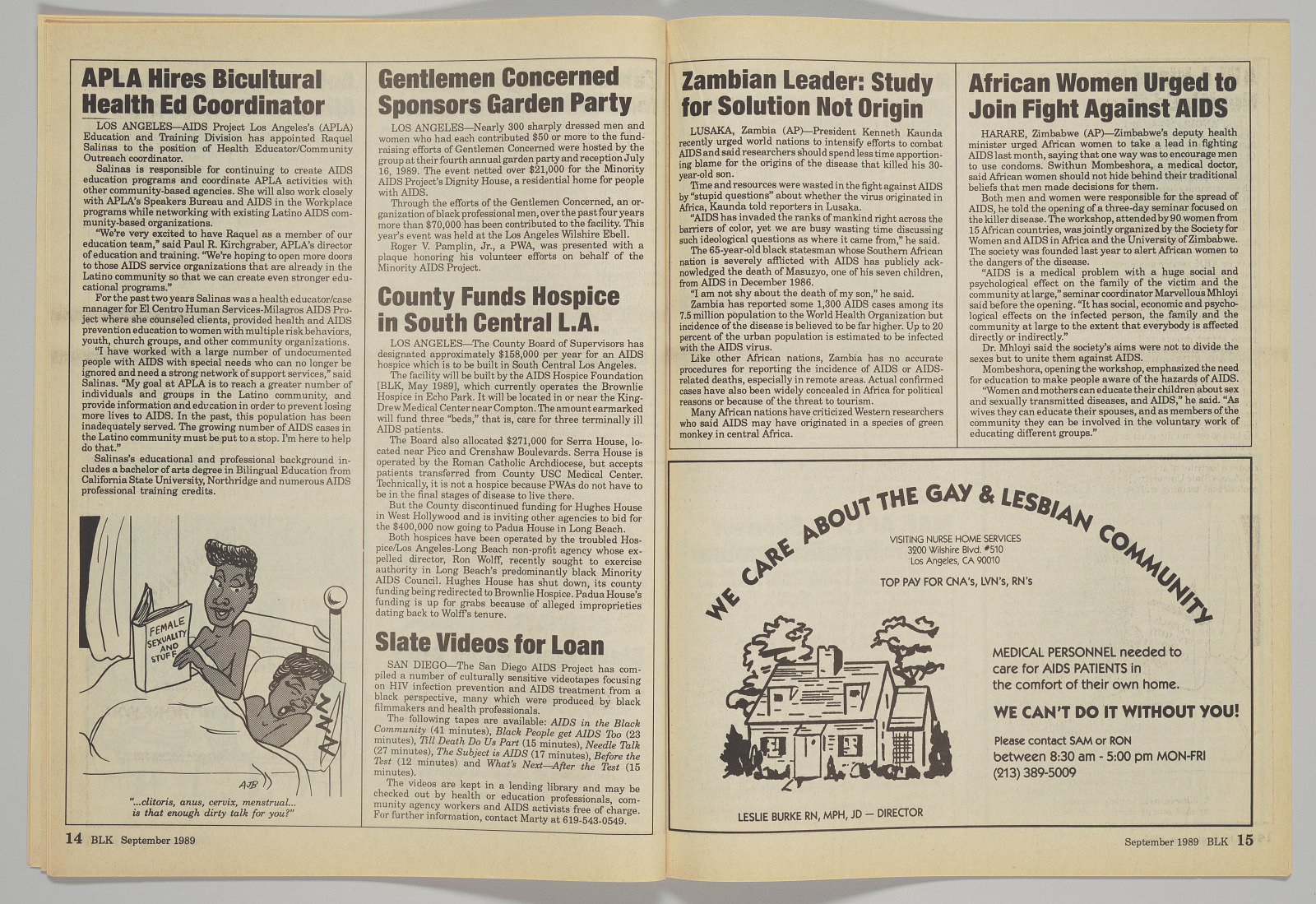 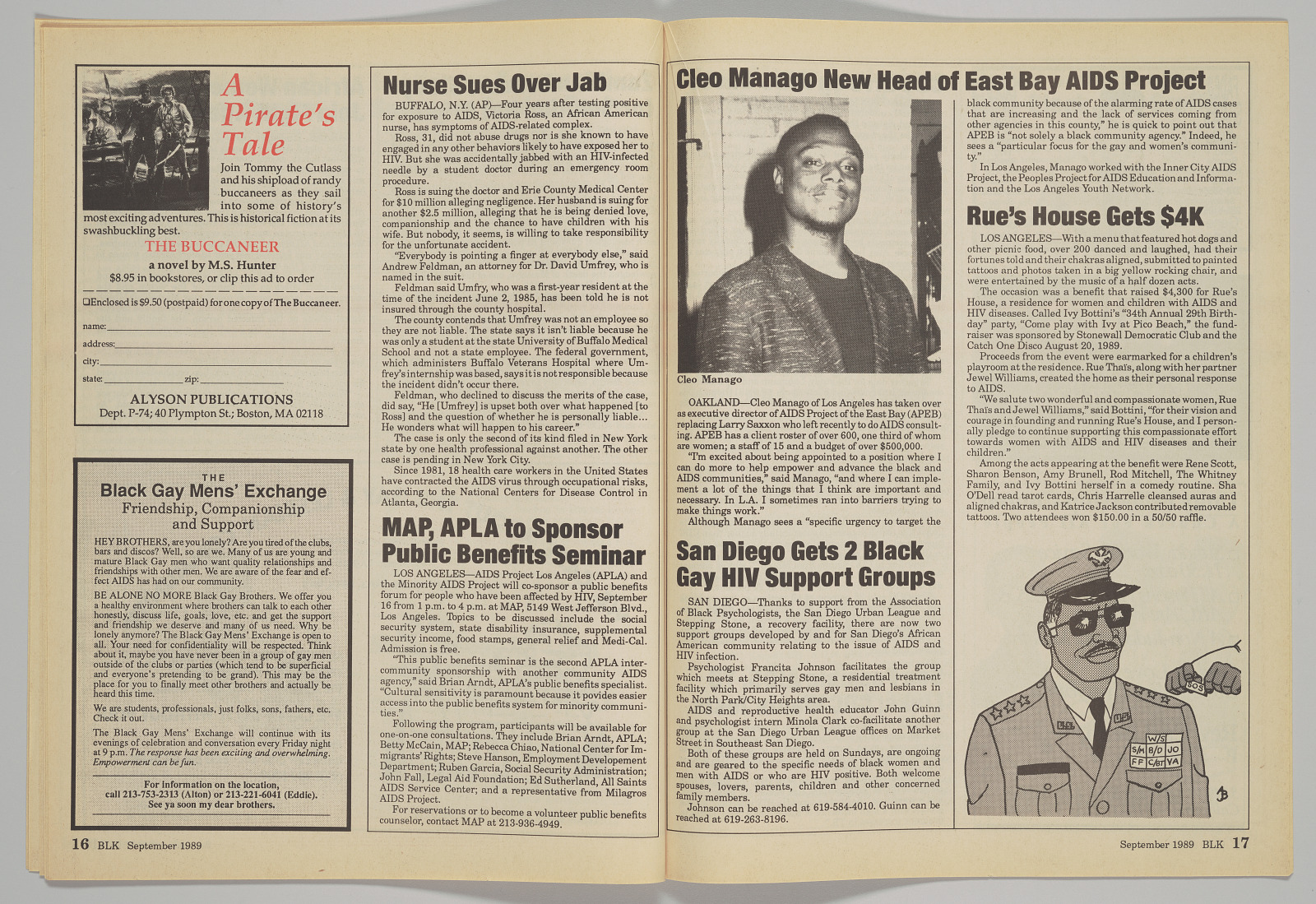 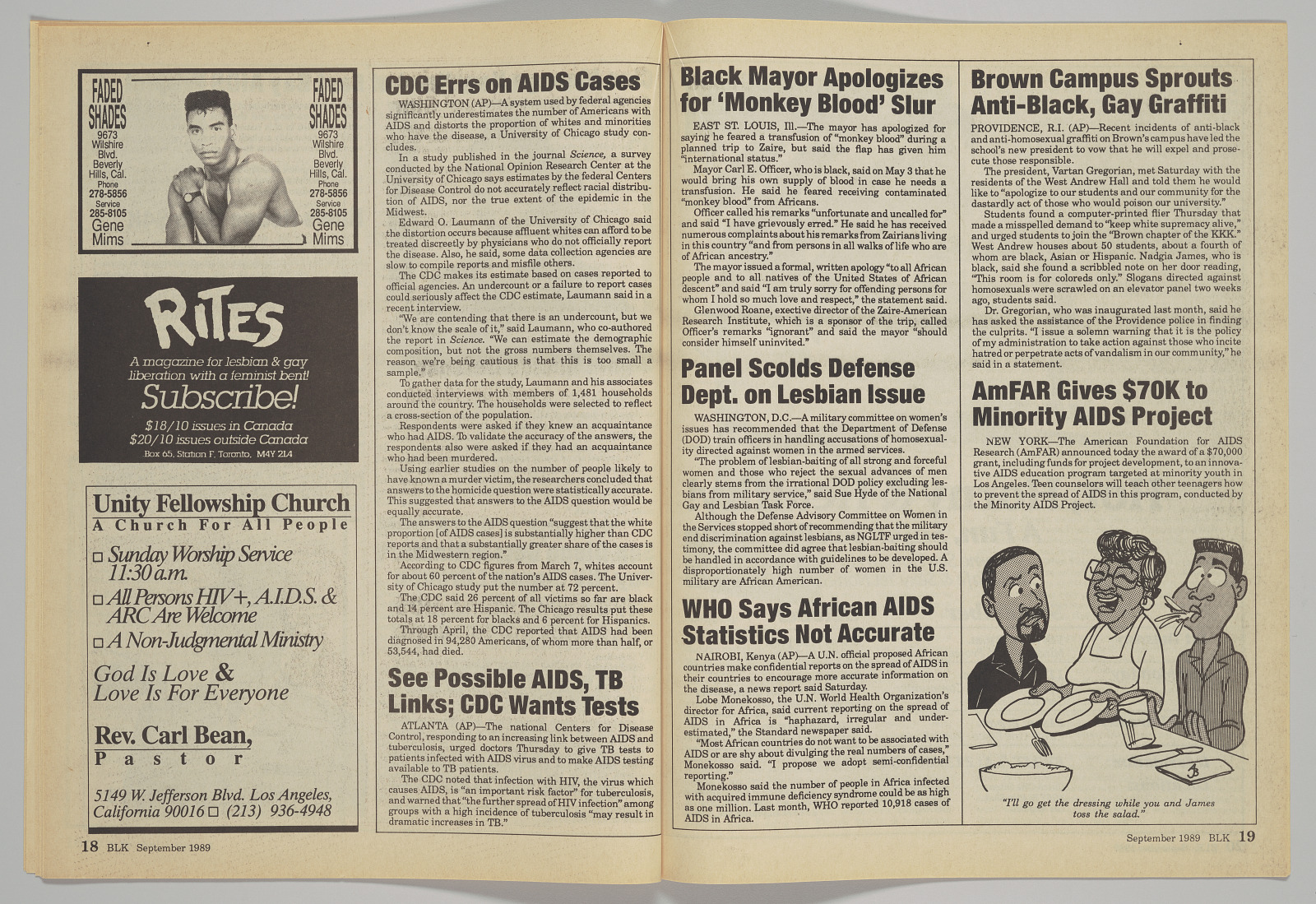 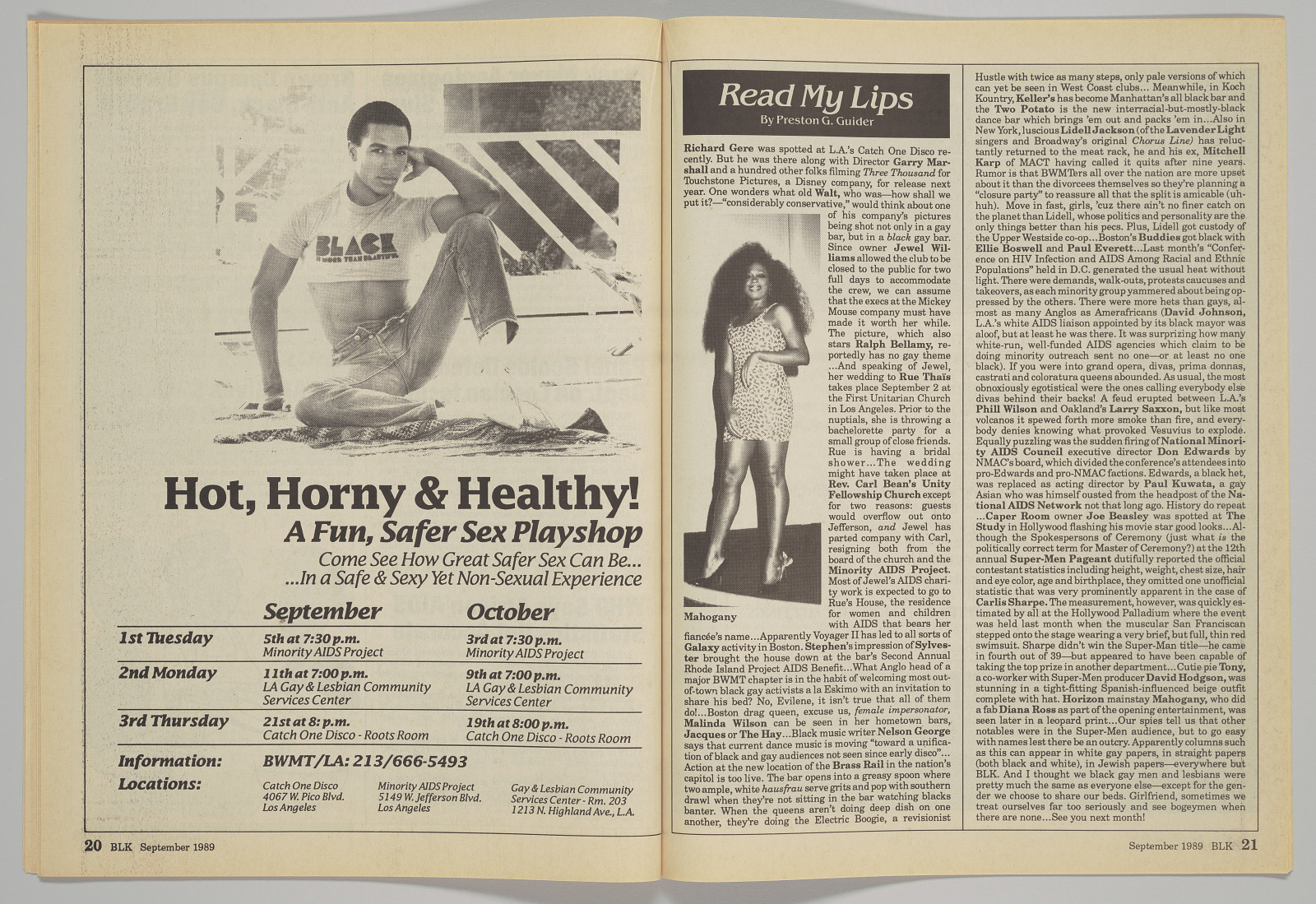 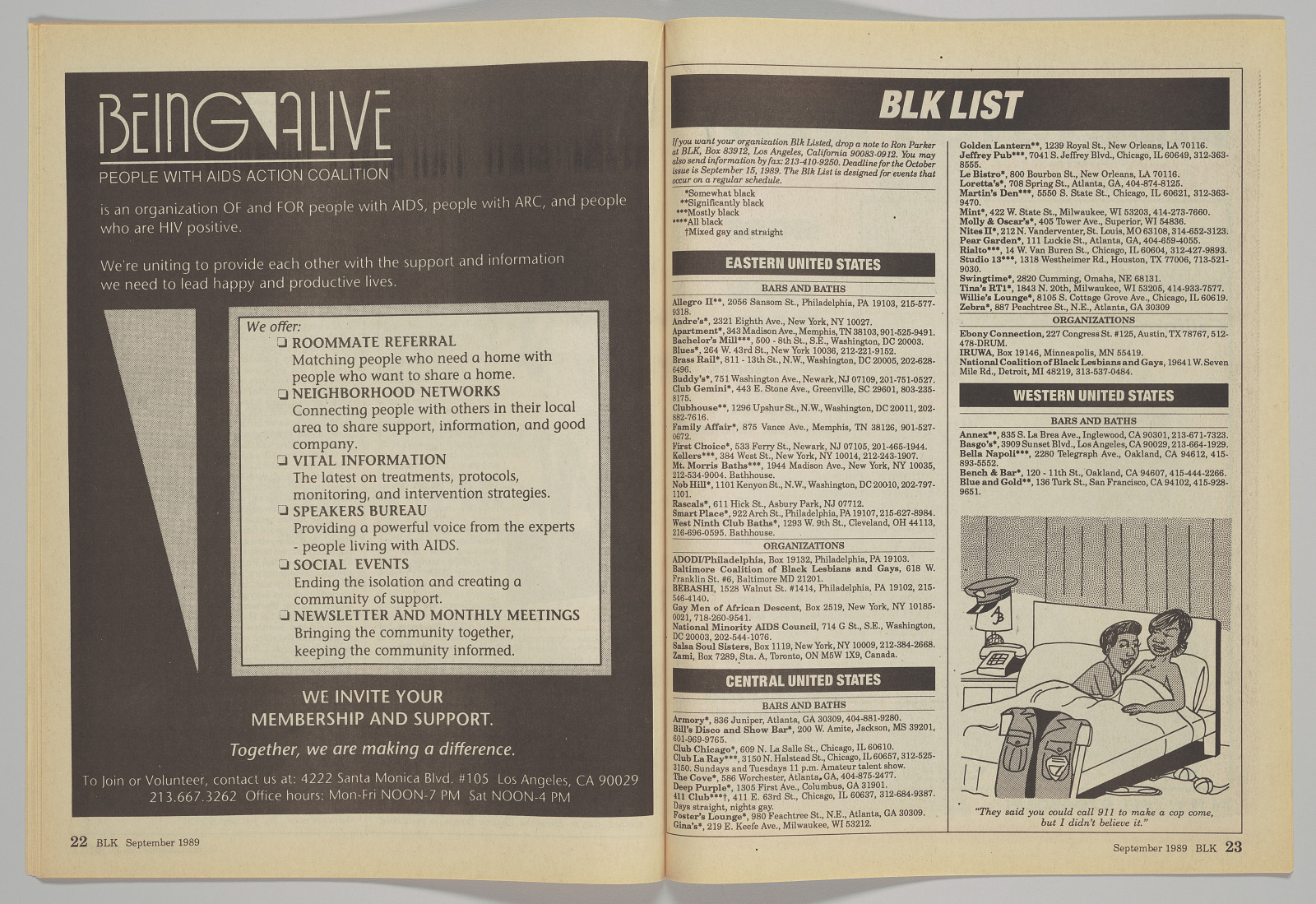 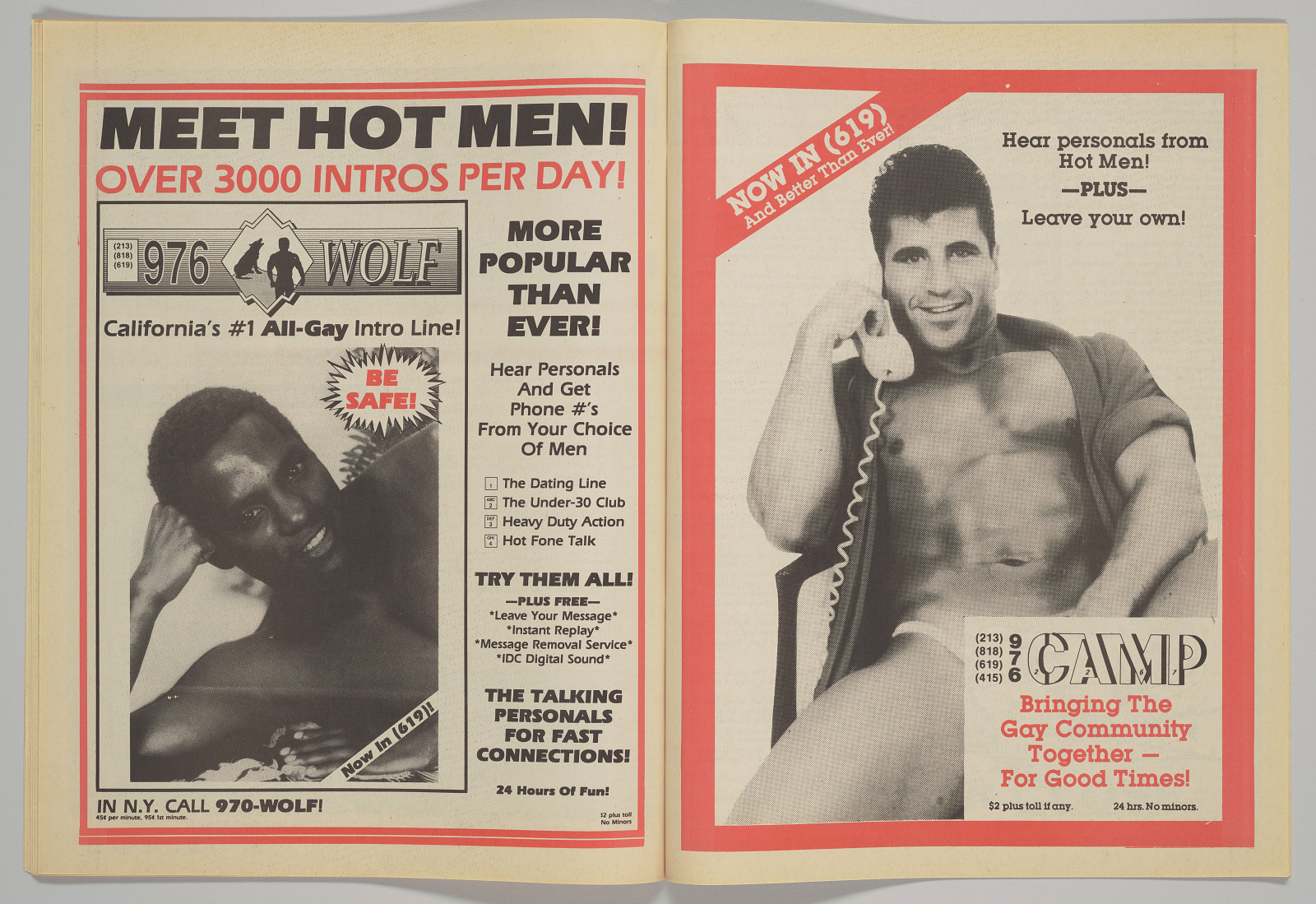 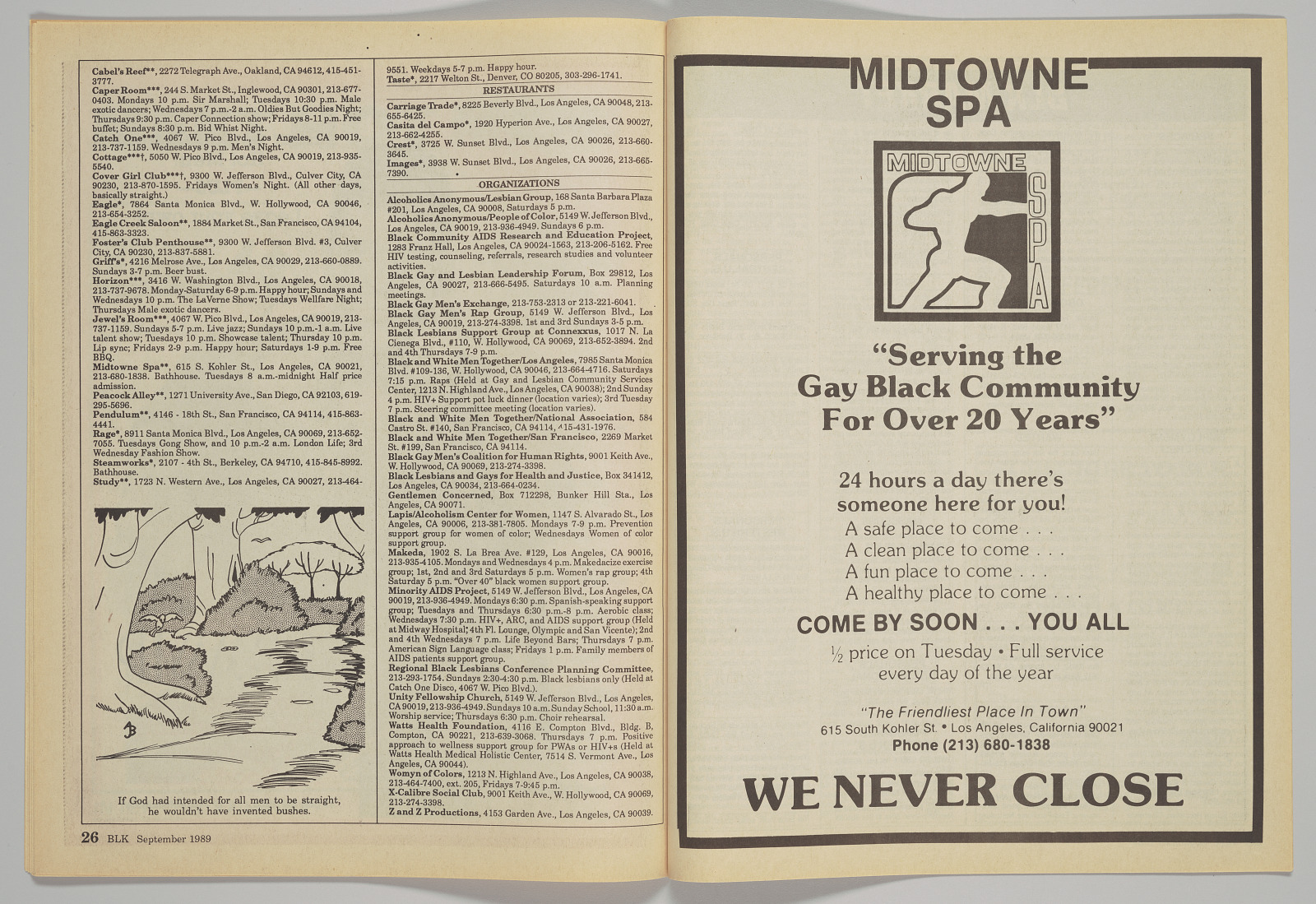 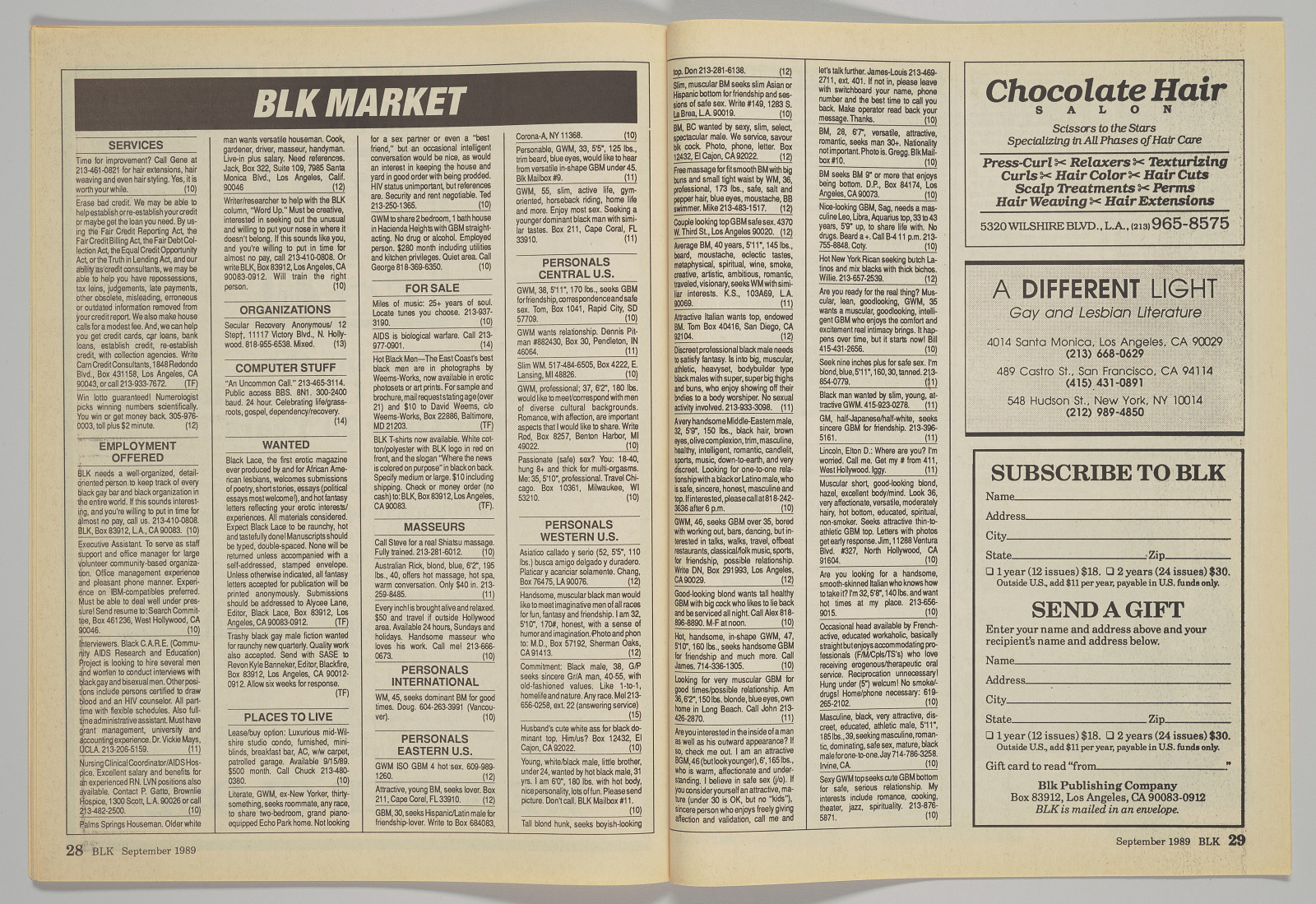 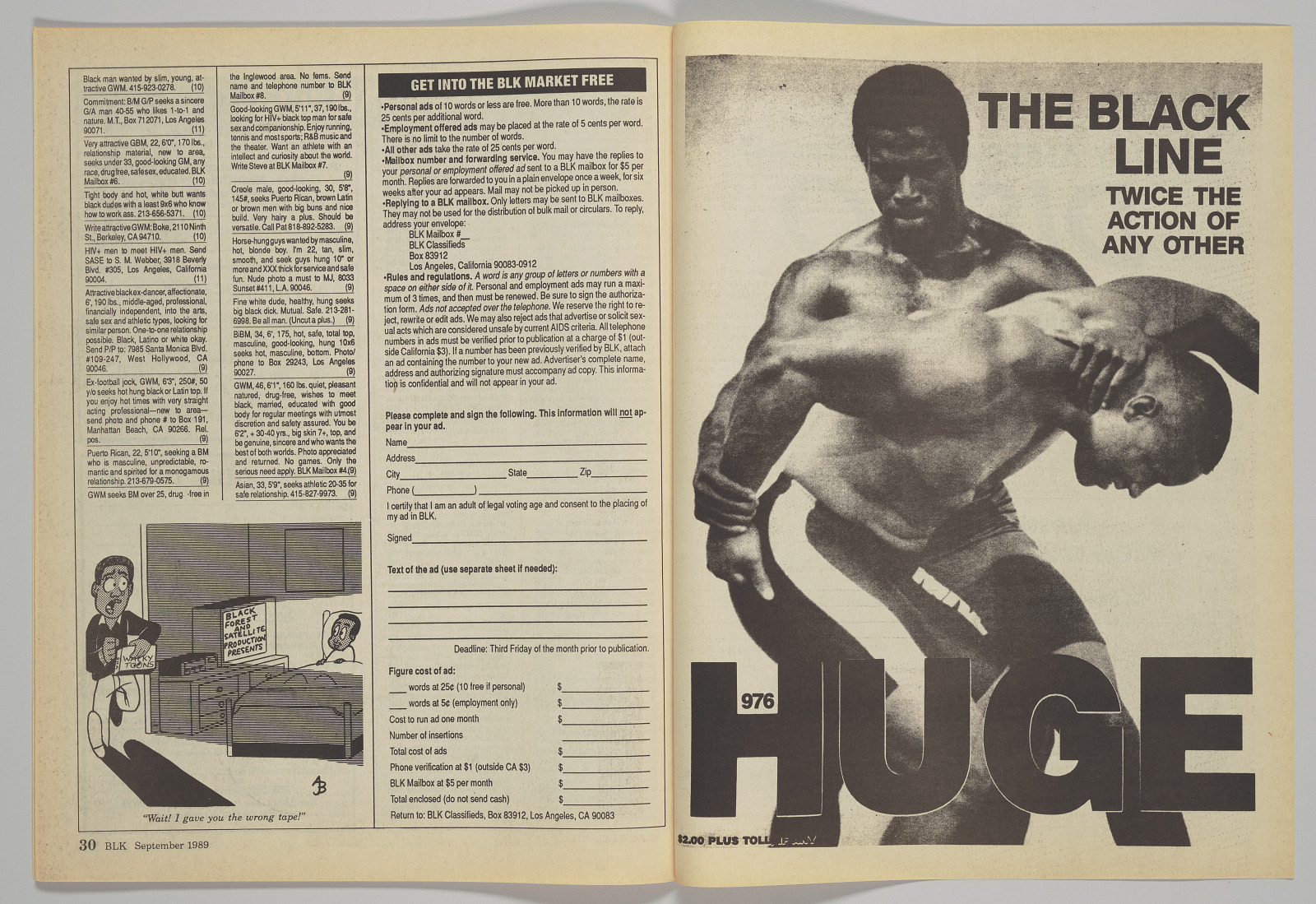 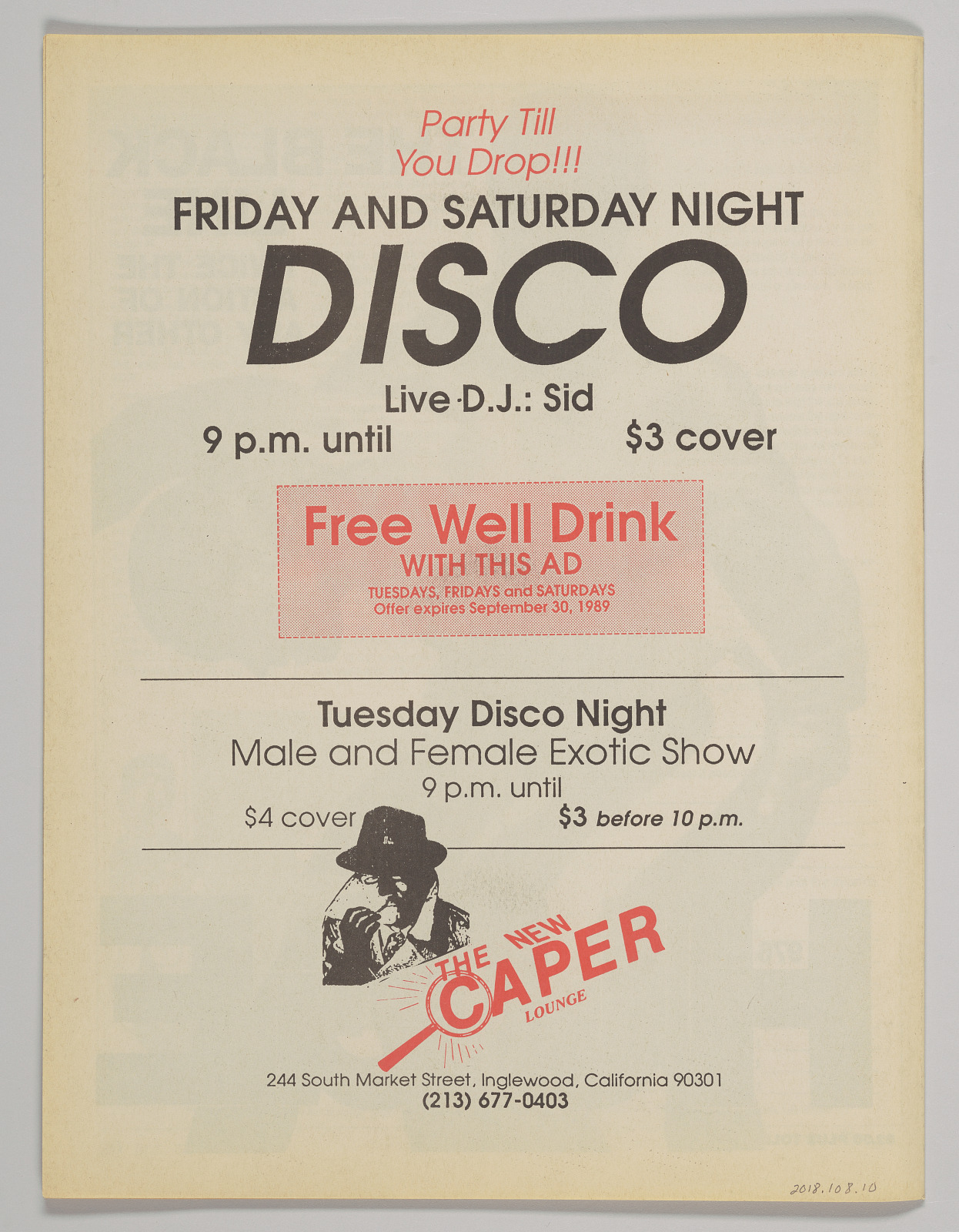