This metal frame holds several electronic units. On the right side, in a single cabinet, are five groups of dials and switches, each with its own white plastic panel in front. These five groups are labeled, from top to bottom: Timer, Strobe, Sweep, Delayers and Stimulators. On the left side in an upper cabinet there is some empty space and then groups of dials and switches on white plastic panels labeled Integrator Serial No. 6119, Integrator Control Panel, Display Selector and Differentiator Serial No. 5710, and Speaker Amplifier Serial No. 5812. The speaker amplifier panel includes a gauge made by British Physical Laboratory. The back of the cabinet holding these units has several diagrams drawn on it. Attached to the top of this cabinet toward the front is a connecting unit which has eighteen jacks for electrical connections, six each red, black and white. Below these left panels is a larger panel with additional switches and dials which has its own cabinet.

A tag near on the third unit down on the right reads: Electronic Stimulating and Recording Unit (/) Designed and Constructed [/] in the [/] Otago Medical School (/) New Zealand (/) 1951. A metal tag at the top reads: THE AUSTRALIAN {/} NATIONAL UNIVERSITY [/] NO. A crayon mark below this reads: ELECTRONIC STIMULATING & RECORDING UNIT w / POWER SUPPLIES. Several units are marked: SUNY.

This object reflects the long research career of Sir John C. Eccles (1903-1997), an Australian-born neurophysiologist who trained at Melbourne University in Australia and then did advanced work at Oxford University with Charles S. Sherrington. In 1937, he returned to Australia, and then moved to New Zealand in 1944. As the tag indicates, at least part of this apparatus was built near the end of his stay there. In 1952, Eccles moved to the Australian University in Canberra. University policies required that he retire in 1966, and he moved to the United States, working first in Chicago and then at the State University of New York at Buffalo. In 1975, Eccles retired from Buffalo to Geneva, Switzerland, leaving behind papers and this unit. The object came to the Smithsonian in 1981.

During his time in New Zealand, Eccles developed apparatus for studying neural transmission and became convinced that transmission from nerve cell to nerve cell or nerve cell to muscle cell occurred through a chemical reaction and not strictly by an electrical mechanism. This is part of the apparatus he used in such studies. In 1963, he would share the Nobel Prize for physiology or Medicine for this wok. The other winners were Britons Alan L. Hodgkin and Andrew Huxley, who worked together at Cambridge University. Eccles took the stimulating and recording unit with him when he moved to Australia and then to the United States. 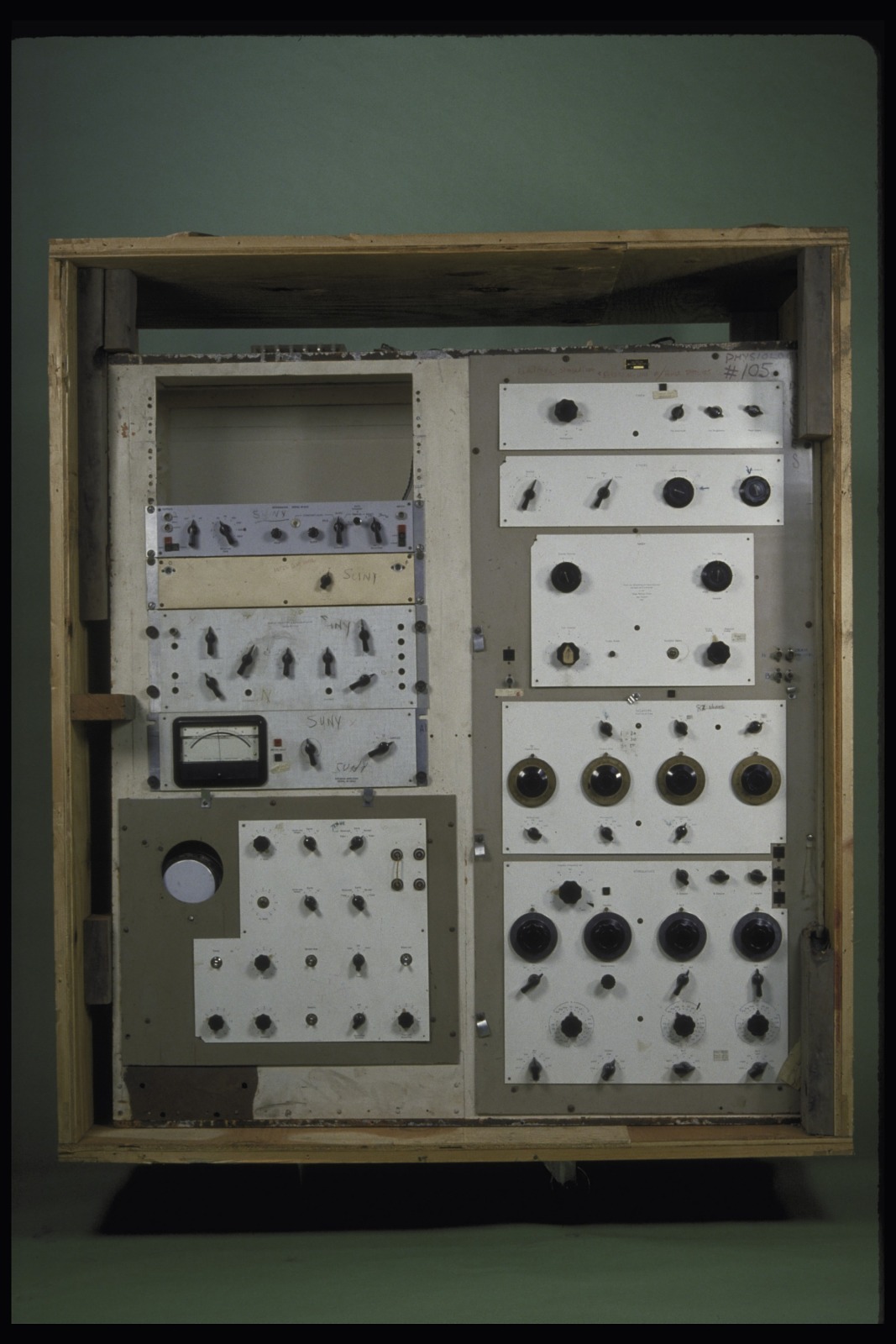 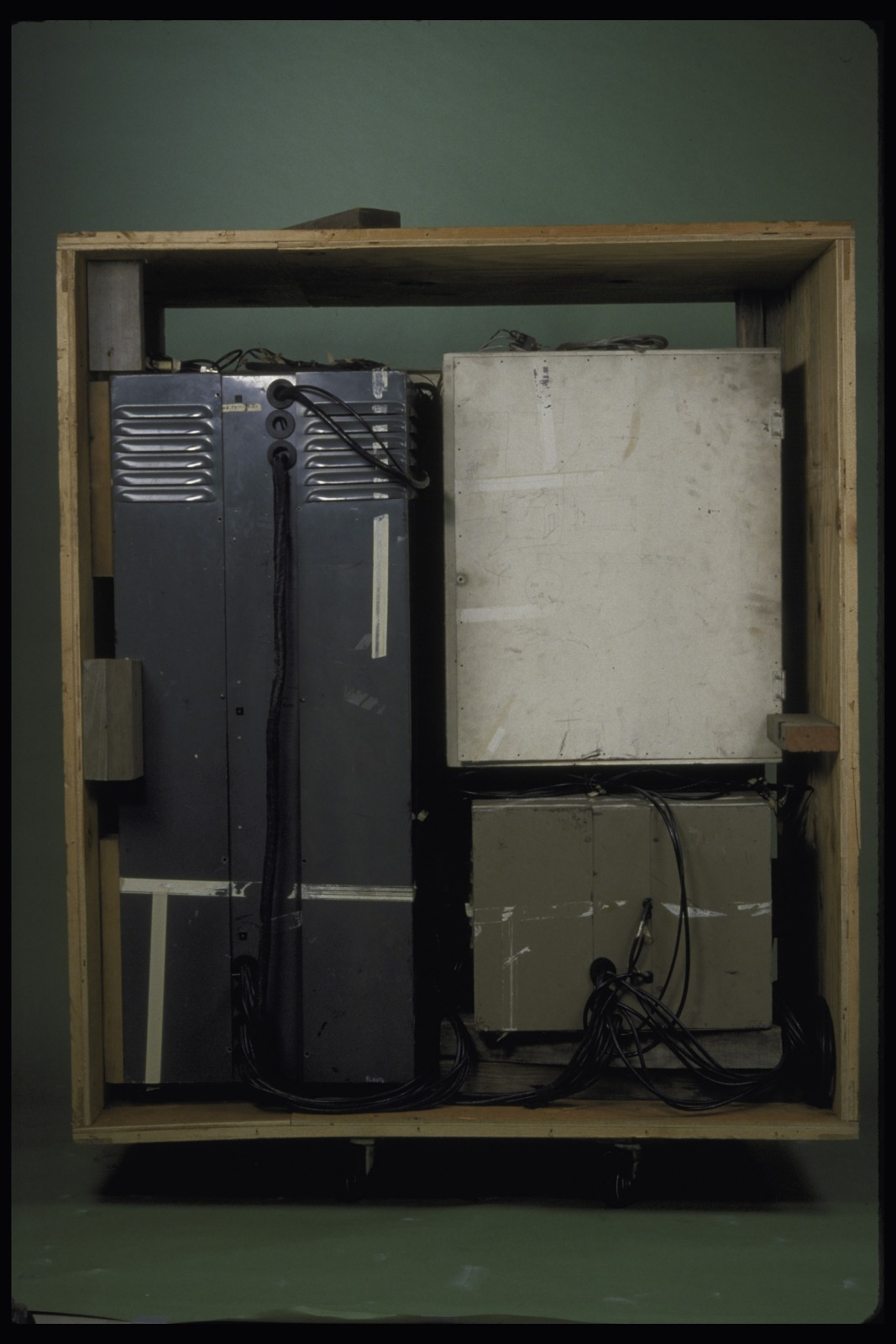 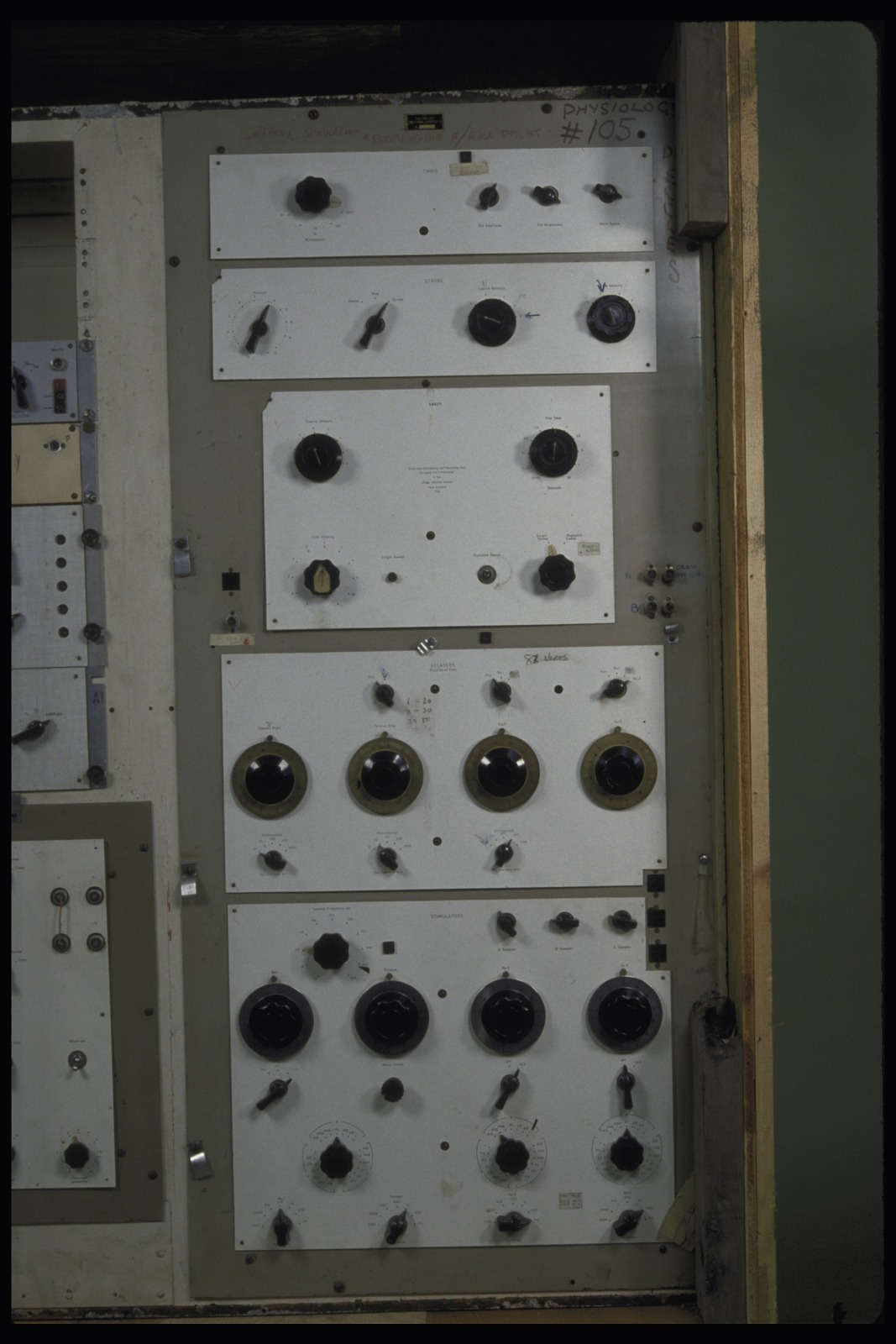 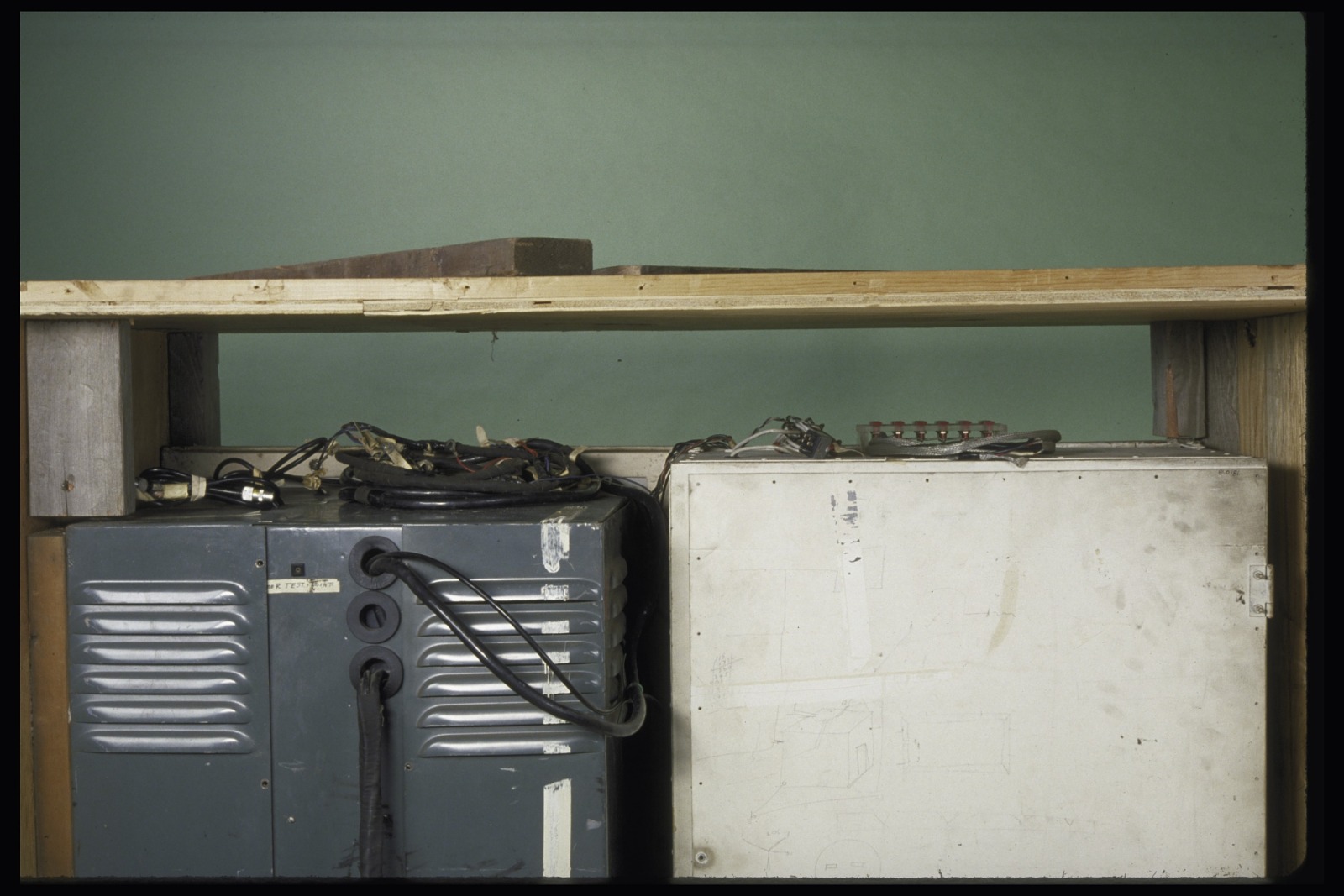 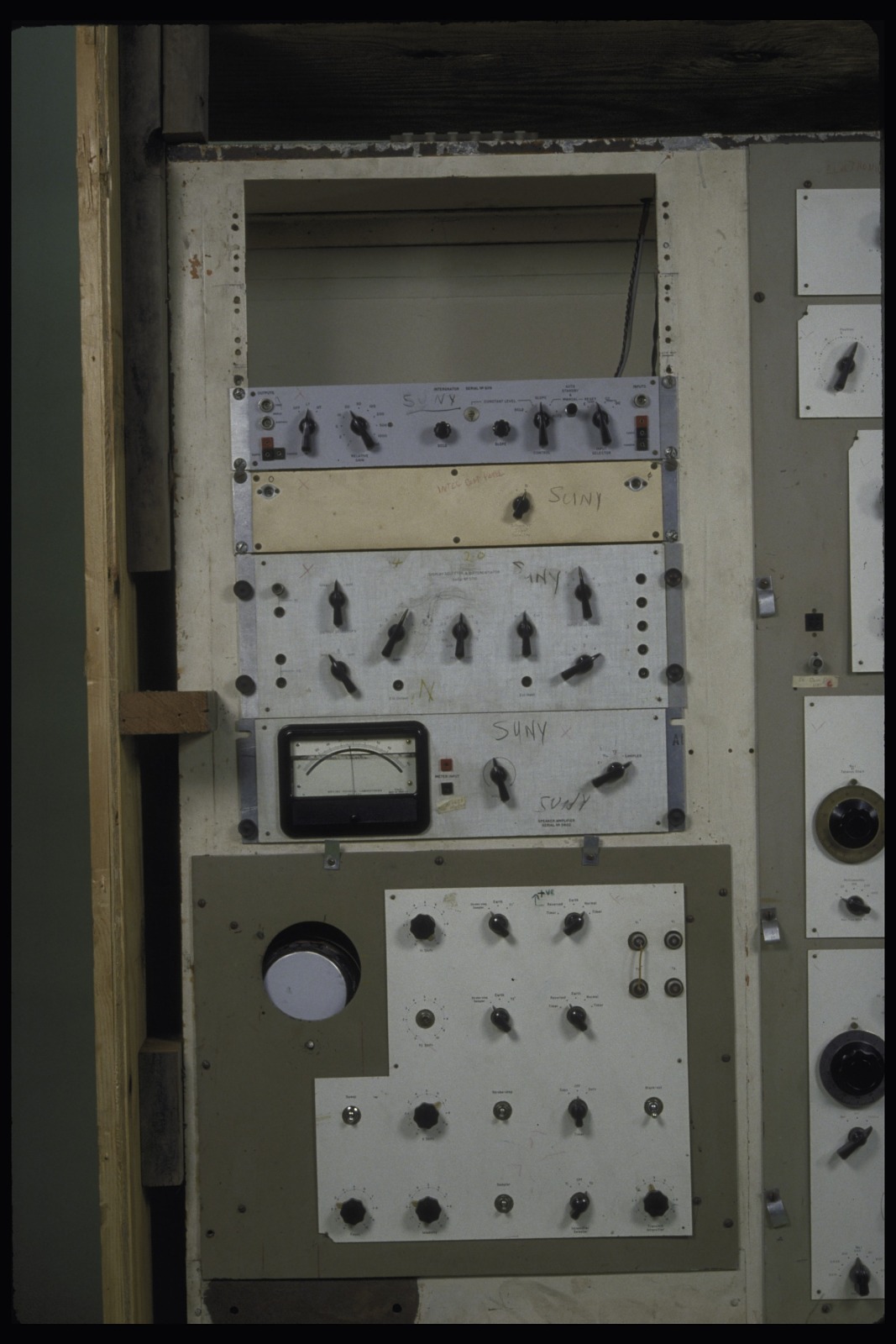