Title is provided by EEPA staff based on photographer's notes.

The photograph depicts Mende masqueraders from the Dance troupe of William Lewis. Mr. Lewis was at the time director of Folklore and Culture Affairs in the Liberian government. "the most satirical of all the masks in this tradition is the Gongoli, which is widely distributed among the Mende, Gola, Vai, Temne, and Sherbro. One of the Gongoli's principal functions is to serve as a vehicle for the ritualized reduction of social tensions through social commentary and criticism. The Gongoli is also known as Kokpo among the Gola and Vai." [Siegmann W. and Perani J., 1976: Men's Masquerades of Sierra Leone and Liberia. African Arts. Regents of the University of California. Published by UCLA James S. Coleman African Studies Center]. This photograph was taken by Eliot Elisofon in November 1971. 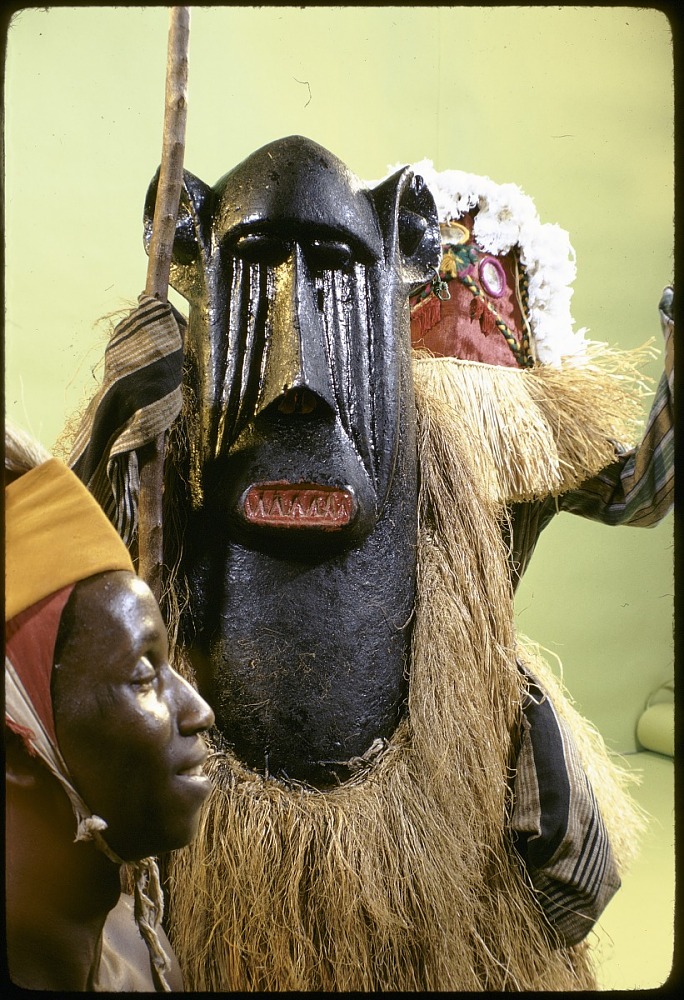