Digital image of protesters cleaning the streets of Baltimore
Description

This black and white digital image depicts people cleaning a street. In the foreground, a man and two children sweep up debris from the street and sidewalk several feet away from an intersection. The man is wearing a sports jersey and baseball cap. The name on the jersey is partially obscured. The visible part of the jersey reads [HEATHAM / 24]. The child standing in the street is sweeping debris into a dust pan. The child on the sidewalk is also sweeping. More people are cleaning the streets and sidewalks in the background.

Caption : This image was captured on April 28, 2015, the day after Freddie Gray's funeral and uprisings across the city of Baltimore. Gray died from spinal cord injuries sustained while in police custody. Movement : Black Lives Matter 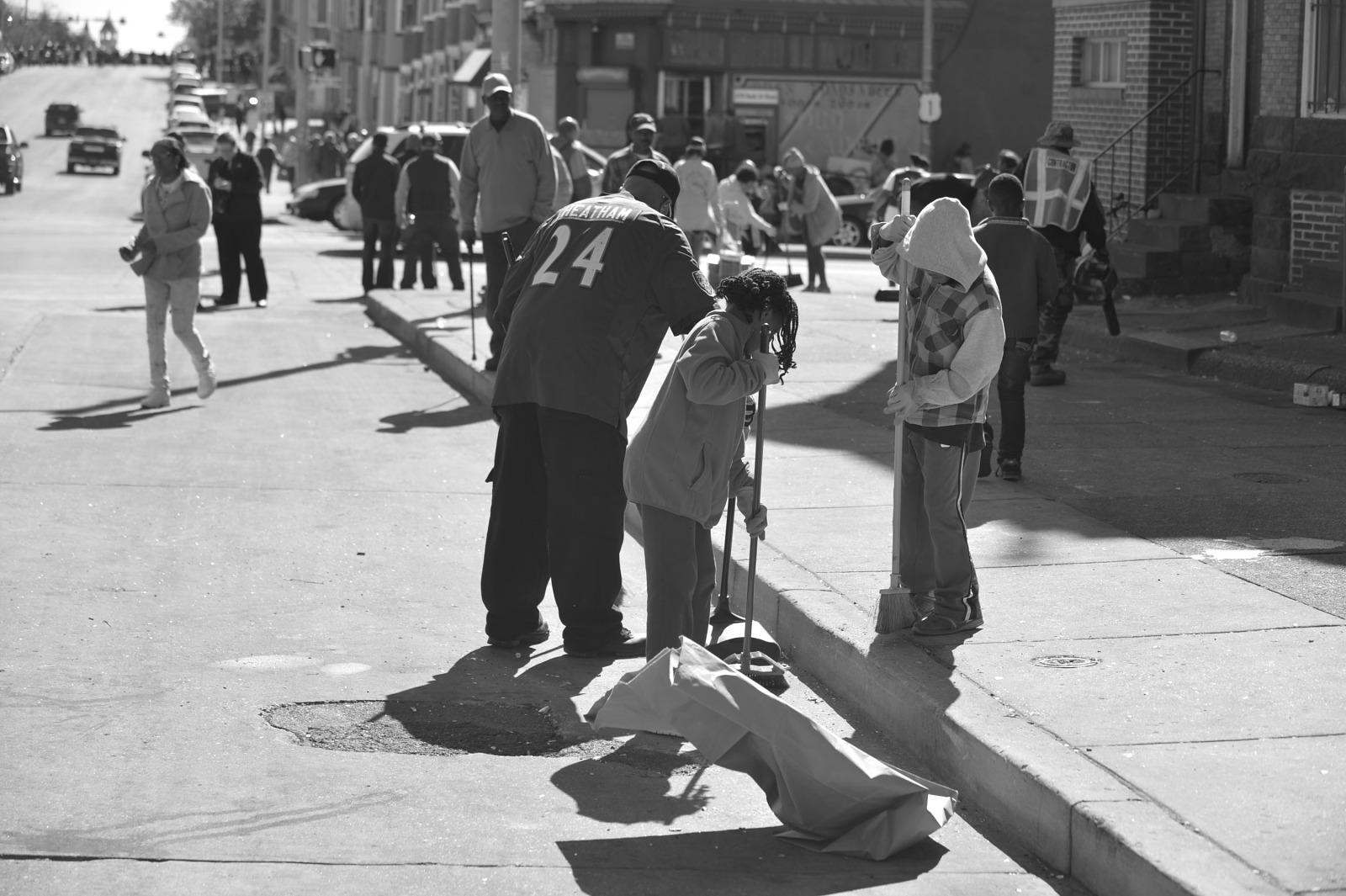