This Mockumentary Explains the Appeal of Skateboarding to Scared Parents

City streets without skateboards seem almost incomprehensible in the 21st century, but in the 1960s they were a relatively new phenomenon that raised eyebrows among some parents who saw them as the dangerous tools of a reckless generation. Though CityLab’s Mark Byrnes writes that things have improved for Montreal skateboarders, the sport wasn’t always familiar to adults who worried about their safety, sounds, and impacts on urban spaces. So, in 1966, a Canadian filmmaker made a mockumentary about what he called The Devil’s Toy, a look at the ultimate weapon in the battle between kids and adults.

The film was made by Claude Jutra, a director known for his award-winning films for the National Film Board of Canada. A Quebecois nationalist, he was a pioneer of what became known as “direct cinema”—documentary films that captured events in real-time without voiceovers, staging, or directorial meddling.

The Devil’s Toy is a notable exception to his low-key documentary style. Instead of just capturing skateboarding life among the kids of 1960s Montreal, it coopts the scaremongering tone of parents and authorities concerned about the growing fad of skateboarding. “It was like a plague,” says the documentary’s doom-and-gloom narrator, who tracks the spread of the “epidemic from which no one was secure.”

Skating bans were the real epidemic of the late 1960s: The Guardian’s Iain Borden writes that by 1965, numerous U.S. cities had implemented skating bans. A 1965 piece aired on the CBC’s Across Canada says that “the police are directing an organized campaign to stamp out these menaces.” The news piece, which focuses on “skurfing” (Canadian lingo for sidewalk surfing), is pretty tongue-in-cheek, too. Not every adult seemed to be convinced that skateboards were “the devil’s toy.” 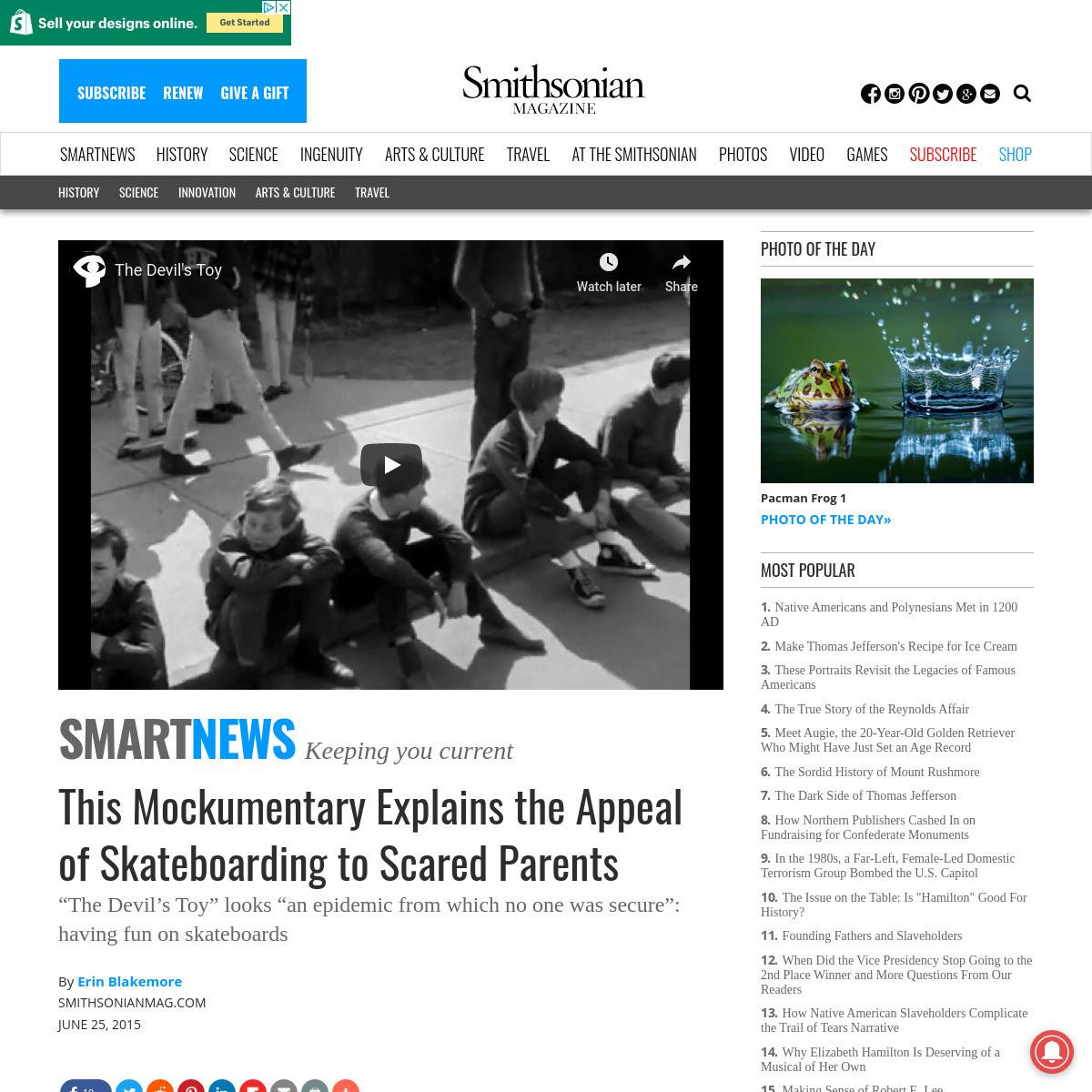