Change Author / Owner : This is What Happens When You Ask Scientists to Explain Their PhDs in Dance

To the lay person, just the titles of doctoral dissertations are downright unwieldy.  For example: "Biophysical characterization of transmembrane peptides using fluorescence." Or how about this one? "Understanding the role of MYCN in neuroblastoma using a systems biology approach." Now, for a real doozie: "Multi-axial fatigue for predicting life of mechanical components."

Luckily, Science magazine and the American Association for the Advancement of Science are the glad hosts of a "Dance Your Ph.D" contest. The competition, now in its sixth consecutive year, invites scientists to describe their research not in an academic paper, lecture or diagram, but through interpretive dance. Entrants, who must have a PhD or be currently obtaining one, submit videos of their choreographed performances. (Contest rules state that while a scientist can recruit other dancers, he or she must be an active participant!)

John Bohannon, a biologist and contributing correspondent to Science, founded the contest in 2007. In its first year, "Dance Your Ph.D" took the form of a live event. Graduate students, postdocs and professors entertained an audience of 100 or 200 at the headquarters of both the Research Institute of Molecular Pathology and the Institute of Molecular Biotechnology in Vienna, Austria. Two astrophysicists dressed as galaxies and performed a tango, to show how a large galaxy captures a smaller one. An archaeology student in a sparkly loin cloth demonstrated how hunter-gatherers at a Stone Age campsite in South Africa would have shared and cooked their food. "I expected that only molecular biologists would take part," wrote Bohannon in a recap of the event, published in Science in 2008. "What surprised me about the Ph.D dance contest was its diversity."

The project has since morphed into a video contest—and Bohannon, in that time, has become an outspoken proponent for using dance to communicate scientific ideas. At TEDxBrussels in November 2011, in fact, Bohannon--who Science calls the "Gonzo Scientist"--entreated scientists to take up dancing instead of Powerpoint. He stressed the power of doing so by having the Minneapolis-based dance company Black Label Movement animate his talk (watch it here!). With "Dance Your Ph.D," he said more recently, "The goal is to do away with jargon—indeed, to do away with spoken words altogether—and use human bodies to convey the essence of scientific research."

This fall, Science received 31 submissions to the 2013 contest. A panel of judges, some artists and some scientists, organized the entries into four categories: biology, chemistry, physics and social sciences. Then, with previous contest winners, they voted first on 12 finalists, based on the videos' creativity and scientific and artistic merit. From there, they recently named six winners—one in each category, a grand prize winner and a reader favorite, decided through a public poll. Each winner walks away with $500—the grand prize winner, an additional $500—and "immortal geek fame on the Internet," according to the contest's website.

In addition to the main story, we showcase some of the interesting biology of sperm. First, sperm quality differs and while some move faster and are more forward-moving, others move in circles. Second, sperm of multiple males can interact with one another, sometimes even antagonistically.

Inspired by various sports, the dance movements in this video reflect the competitive nature in the sperm world. The two original music pieces in this video are (1) ‘Animal Love’, which is about the variety of sexual behavior in different species and (2) ‘Scenester’, a piece telling the story about a girl who keeps changing her ways and males trying to keep up with her."    - Cedric Tan

Explanation: "Understanding bacterial growth (cell division) is important to be able to synthesize stronger antibiotics that stop the growth. When a bacterial cell divides, it pinches off at the central region leading to two new cells. This process is carried out by a concerted effort by various proteins that assemble in the cell membrane. We know that these proteins interact with each other, but aren't sure how exactly they interact and carry out division."    - Ambalika Khadria

Explanation: "Understanding the fatigue of metals is critical in designing safe, reliable structures. Metal fatigue was first discovered in the 1850s when railroad axles would break for unknown reasons. This was the first time in human history that a mass produced item (train axles) underwent repetitive loading (carrying coal). The first attempt to understand this phenomena used constant amplitude loading to develop the Stress-Life curve. Later, in the 1950s and 1960s, in order to develop lightweight structures for aerospace and NASA moon missions, the concept of constant strain testing was developed to create the more advanced Strain-Life curves for materials.

As part of my research, the Smith-Topper-Watson method for fatigue was studied. This approach combines concepts from the Stress-Life and Strain-Life models. My dissertation recognizes that energy is needed to move grains along grain boundaries, break bonds and open cracks in material. Energy is defined as force times displacement. Strain Energy is defined as stress (force intensity) times strain (displacement intensity or stretch). The Hunter Energy Life Model creates a relationship between strain energy and material life to fully capture the mechanism of failure of materials."   - Timothy Hunter

Explanation: "The thesis is (will be!) called "Sleep loss in a social world" and contains several studies on how others perceive and react to someone who is sleep deprived, compared to when that same person has slept. First of all, when sleep deprived, subjects are perceived as more tired and less attractive. They also look sadder. Furthermore, other people are less willing to spend time with someone who hasn’t slept, possibly due to them being less attractive. Pretty much everyone gets upset if they feel others are excluding them, but according to another study in the thesis, a sleep-deprived person reacts even more strongly to social exclusion than their well-rested peers do. In short, sleep loss affects several social factors that might influence your daily interactions negatively.

The dance thus shows one day, as it would play out if the PhD student we’re watching had slept and if she hadn’t – looking more tired, feeling more upset when excluded from a meeting, having others less willing to spend time with her at lunch, and finally being less attractive when on a date, adding further insult to injury."   - Tina Sundelin

Thesis: "Understanding the role of MYCN in neuroblastoma using a systems biology approach"

Cancer appears when the cells in our body stop caring about the other cells and worry only about themselves, growing and consuming all the resources. Neuroblastoma is a cancer in children with interesting features. It’s the cancer with the highest number of patients getting cured spontaneously without any treatment and scientists still do not fully understand how. Therefore investigating this cancer might help us to find better treatments not only for Neuroblastoma, but also for other cancer types.

The story develops at 2 levels: the level of the patient (kid) and what happens at the molecular level (molecule dance). At the kid level the cells in his body are dividing normally going through all cell cycle phases (circle dance) namely; nutrient collection, duplication of genetic material and actual division. When cell cycle goes crazy, then cancer appears, meaning cells going faster trough cell cycle and never stopping division.

Now we jump to the molecular level. When there is no cancer, the 2 important molecules Rb and E2F1 are together and cells do not divide. if Growth Factor is present, Rb is inactivated giving freedom to E2F1 to start cell division. When growth factor disappears, Rb recovers and goes back together with E2F1 stopping cell division. We can think of the Rb as a brake that stops cell division, whenever the brake is released cells divide. When cancer appears things start to go crazy. MYCN is an important molecule that promotes Neuroblastoma and there are usually lots of MYCN molecules in the Neuroblastoma cells (Amplification). We know that MYCN keeps Rb and E2F1 always apart promoting division without stopping, just grow, grow and grow… The question is now, how to best fight MYCN?

To answer this question I’m using a Systems Biology approach to figure out in detail MYCN's actions. Systems biology is the combination of mathematical modeling, computer simulations and experimental data to understand complex problems in biology. Here, the Robot helps to process the complex information of MYCN actions and generates strategies of how to fight MYCNs. These strategies are “transferred” to the “treatment,” the SuperHero! (No worries, it’s not Ben Affleck). The treatment with the help of the Robot exterminates MYCN, saving the kid and making him happy again."   - Andres Florez 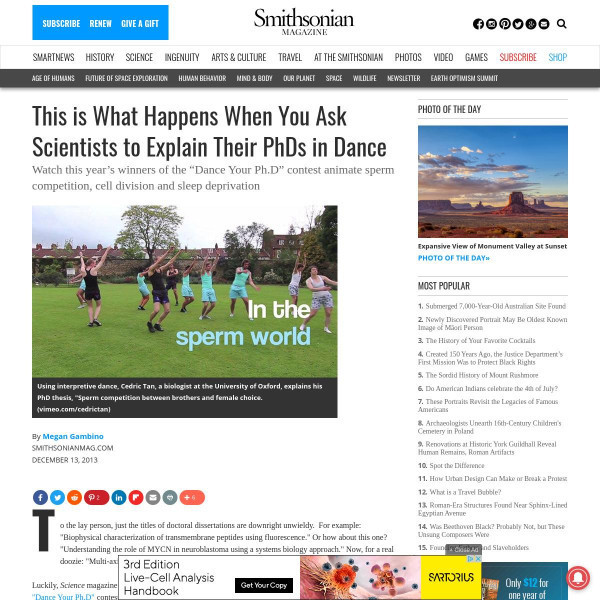