This pen-and-ink drawing prepared for the Gordo newspaper comic strip shows Gordo’s nephew ruining the gifts Gordo is bringing his date by trying to explain them scientifically.

Gustavo "Gus" Arriola (1917-2008) was a Mexican American comic artist and animator. He was born in Arizona, and raised by his older sister in a Spanish-speaking home. His first jobs included preparing animation art for Screen Gems and Metro-Goldwyn-Mayer. Arriola's strip, which debuted in 1941, promoted a better understanding of Mexican culture and environmental concerns. The strip was suspended during World War II until 1943, when Arriola began drawing again from his military station. He remained the sole artist and writer on the strip for its entire run.

Gordo (1941-1985) was a strip about a Mexican dirt farmer, drawn with stereotyped attributes. After complaints from his public about his style and message Arriola altered the character to offer a more realistic representation. The strip’s subject was presented as a continuous narrative with daily gags. In later years it included features about Aztec and Mexican history and culture, as well as political and environmental commentary. 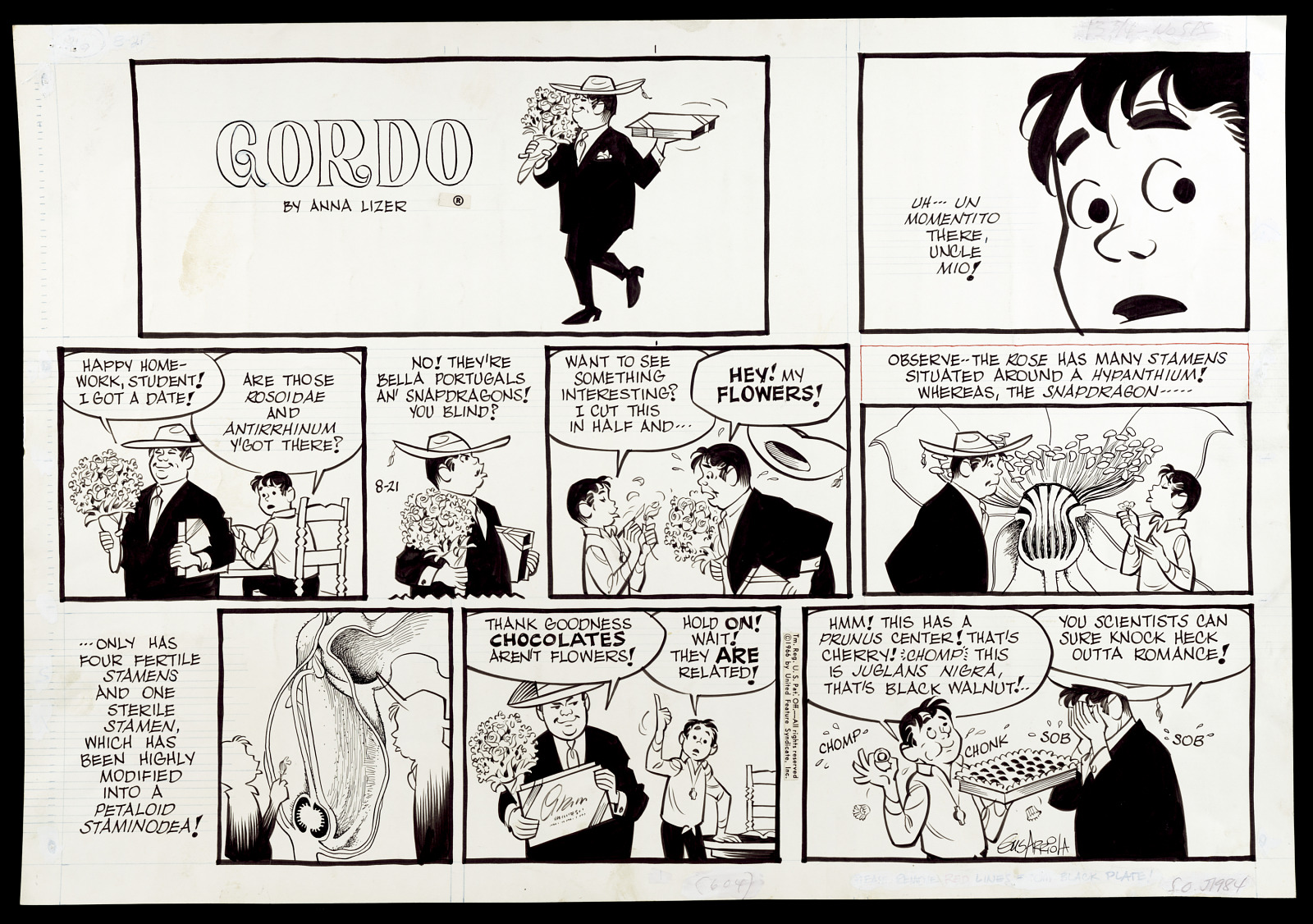