With This Smartphone Microscope, You Can Play Soccer and Pac-Man With Microbes
Description

Left. No, right. Wait, a little more to the left again. Go for it, go for it! Score!

This excited chatter could easily take place during a rowdy game of foosball, but it could also be the banter of students testing a new learning tool that mixes the thrills of the gaming world with microbiology. With LudusScope, live microbes turn into players in a soccer match or Pac-Men in a maze, which the students direct with the use of LED lights.

The open-source, 3D-printed, smartphone-integrated microscope is the brainchild of Stanford engineer Ingmar Riedel-Kruse, who developed the device in a quest to find new ways for students to interact and learn about the microscopic world that surrounds us. The inventor has been working to this end for some time, having patented an earlier setup that uses different single-celled organisms and a different stimulus.

Until now, microscopy was a sit-back-and-watch-type of activity, Riedel-Kruse explains. “You can look through a microscope and see,” he says. “But you can’t really interact with what you see.”

The LudusScope is a simplified microscope, consisting of a base that holds the sample slide. The microscope’s lenses and a bracket for viewing through a smartphone are both attached to the upper arm of the device. Once the smartphone is attached, the user opens an app. Through one view, students can measure individual microbes and track their movement.

But Riedel-Kruse and his team didn’t stop there. Not only is the sample slide illuminated from behind like many standard microscopes, but four LEDs also surround the LudusScope slide. Users can control these LEDs using an attached joystick. Add some light-sensitive microbes—Euglena, for example, which are robust and easily purchased from school supply companies—and you can actually interact with the tiny creatures. The games are basic—a Pac-Man-like game or microbe “soccer”—but allow the students to try their hand at directing a hoard of eukaryotes to do their bidding.

The name LudusScope comes from the Latin word Ludus, which is associated with games, play and school. The scope combines the engineering skills of instrument building with real-life microbe play. Teachers—or anyone interested in a little DIY microbiology—can 3D print the parts to the microscope using downloadable plans. Students can then assemble the device themselves. The final step in assembly is clamping a smartphone on top of the microscope, lining the phone’s camera up with the microscope’s eyepiece. This way, multiple students huddled around the screen can simultaneously view the larger-than-life microbes.

The team tested the scope with focus groups of both teachers and students, with the device meeting overall approval, says Riedel-Kruse. While most teachers said they would use the games to generate initial excitement, or act as a stopgap for students to play with while others finish their work, many thought the interactive components, such as measuring or tracking microbes, of the scope, as well as the possibility for students to build the device themselves were the most attractive features.

That’s likely because these games tip slightly too far to the “fun” side of the tricky balance required for successful instructive games, explains Lee Sheldon, educational game writer and designer at Worcester Polytechnic Institute. Sheldon was not involved in the project, but read about the LudusScope. He has developed a wide range of educational games and written several books on the topic of gamifying learning.

These game hybrids must somehow meld the world of math, science or history with the fast-paced, all-consuming experience of a video game, he explains. “It’s not an easy balancing act.”

The LudusScope is part of the growing trend of “gamifying” education. Since video games made their first appearances in homes across America during the 1970s, they’ve grown by leaps and bounds both in complexity and abundance—with the industry now valued somewhere around 1.8 trillion dollars. And as increasing numbers of students spend hours or even days adventuring through virtual worlds, educators hope to tap into the thrill of these games in their classrooms.

But this burgeoning field is still new. Game developers and educators alike are trying to figure out how to successfully gamify education. Oftentimes, explains Sheldon, these new games focus too much on extrinsic rewards—leaderboards, points, new hardware. “But what really involves the player and what really gets the students to learn without realizing it are intrinsic rewards,” he says.

These types of rewards involve teamwork and collaboration and require more than a gold star for doing a good job. “They’re not just the top dog on the leaderboard,” he says. The students are building skills as well as developing a desire to improve and succeed together.

“We get [extrinsic rewards] all the time,” he says. “We get paid for a job. But that doesn’t necessarily mean that we liked the job. The intrinsic reward makes it fun and makes it worthwhile. [It] creates a good, powerful emotion in the people that are involved.”

LudusScope is in its early days of development, and it is a first step to shift learning about the microscopic world from observation to actual interaction. The team is now working with an educational game company in hopes of making their games even more worthwhile and fun for future players. They are also ensuring that LudusScope aligns with Next Generation Science Standards—state-developed K-12 science content standards.

The authors also encourage others to improve upon what they have already created. “We put this paper out with all the building plans,” says Riedel-Kruse. “We hope that other people just pick this up and develop it further for their own needs and publish their modifications online.”

Sheldon, too, sees many potential applications for LudusScope.

“I’ve never found a subject matter that cannot be taught with a game,” he says. 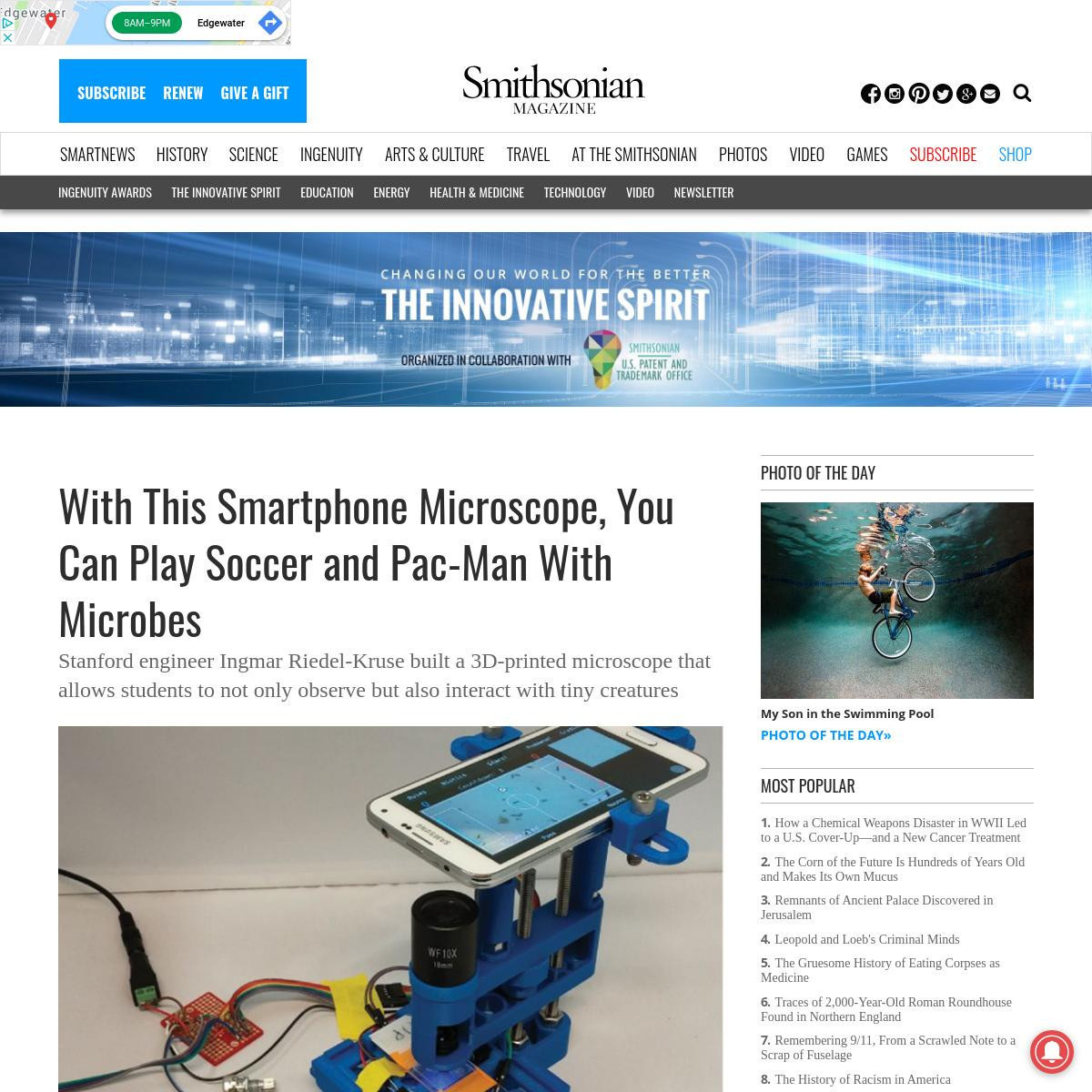