Square first base baseball base used in the 2007 inaugural Major League Baseball [MLB] Civil Rights baseball game. Top of base has printed design featuring an illustration of three fists grabbing a bat. Next to the design, black type reads, [CIVIL / RIGHTS / GAME]. Text that reads: [Original Hollywood Base/ Jack Corbett / Schutt Sports] is impressed over the design and black text. The MLB logo is both in ink and impressed on the top of the base. Four rectangular plaques appear on the sides of the base. Two of the sides feature plaques that have the MLB logo next to white type that reads, [CIVIL RIGHTS GAME]. One of the other sides has red type that reads, [St. Louis] in the style of the St. Louis Cardinals logo. The last side reads in red type, [Cleveland] in the style of the Cleveland Indians logo. Handwritten in black on bottom edge of the base is: [1ST B / SET B]. A sticker is near the black handwriting. There is also a stamp in red that reads: [Nov 28 2006]. There is dirt on all over the base. 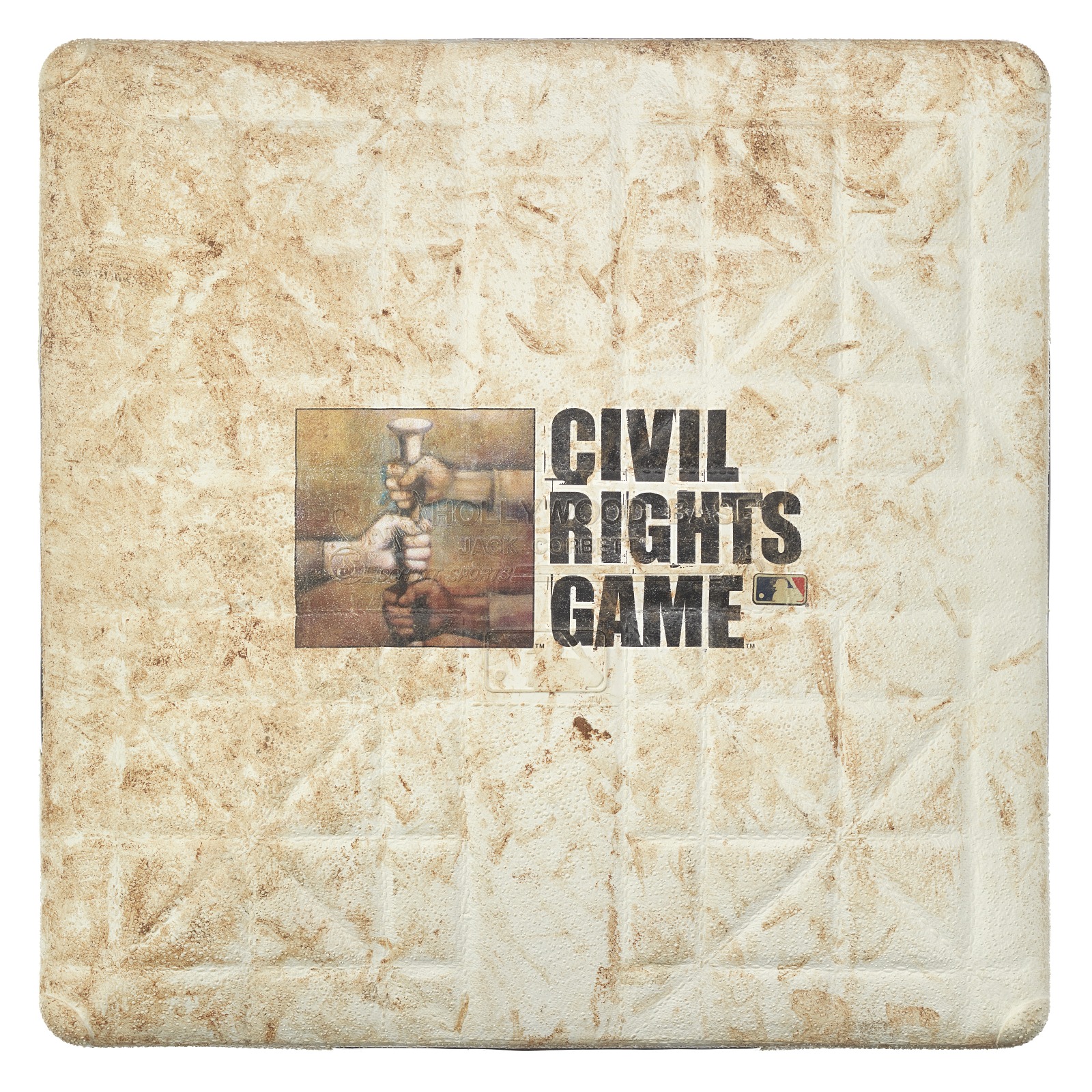